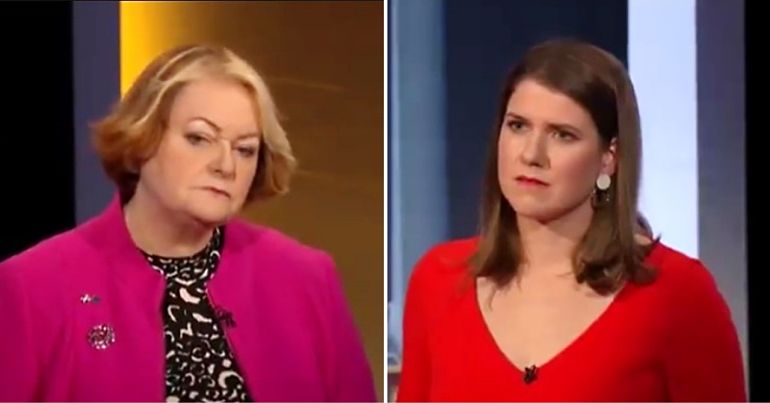 On 8 December, SNP MP candidate for Central Ayrshire Dr Phillippa Whitford took part in Channel 4‘s ‘Everything but Brexit’ debate. She roasted the Lib Dem’s tax plans. And Whitford didn’t hold back. She even branded the tax plans “absolutely cruelty”:

From the baby box to free tuition fees…

Whitford didn’t just blast Lib Dem plans. She set out why tax payers in Scotland get a better deal than those in the rest of the UK. Whitford listed Scottish government policies including: the baby box, best start grant, free prescriptions, free tuition fees, and free personal care for older adults. An impressive list – some of which are now in UK Labour’s manifesto.

And Whitford makes no bones about the more progressive taxation in Scotland. The SNP MP candidate states those who earn less than £27,000 “pay less tax in Scotland”. However, those who earn more – including Whitford – “pay a little bit more”. Whitford also believes that it’s a fair exchange potentially paying “the couple of hundred pounds a year” for the universal policies available in Scotland.

Jo Swinson’s Liberal Democrats plan a more regressive tax regime than the one offered in Scotland. It’s hard to disagree that the NHS and social care services need more funding, but not by slapping on an extra penny in the pound to everyone’s tax bill. The Lib Dem proposal could mean those on poverty wages and precarious working arrangements would pay more tax. And when we live in a society with such unfair wealth distribution – this type of tax proposal could hit those with the least the hardest. That is completely unacceptable.

the idea that you would actually add more tax to people who can barely get from one end of the month to the other, is just absolutely cruelty.

But the Lib Dems are not progressive

Does this policy come as a shock? Absolutely not. The Lib Dems are far from progressive. And they were the co-architects of the UK’s austerity regime while in government with the Conservatives. Austerity was a political choice that inflicted damage across the whole of the UK. Come 12 December, let’s hope Swinson and her Lib Dem colleagues are nowhere near a position of power.

So vote tactically. And vote to bring about a Labour-led government. But in all Tory-held seats in Scotland, that means voting SNP.