As the Tories failed yet again to show on Channel 4, Cathy Newman spoke on their behalf - Canary 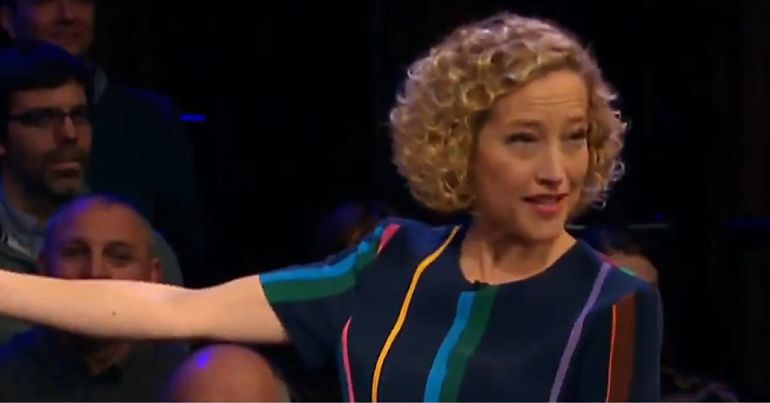 On 8 December, Cathy Newman hosted Channel 4’s Britain Decides: Everything But Brexit Debate. Representatives from five of the UK’s main political parties debated the 2019 election issues apart from Brexit. And as it has done throughout this election campaign, the Conservative Party continued its tradition of not showing up.

But its non-appearance didn’t seem to matter that much, as Newman interjected at several points throughout the debate to answer on its behalf. And judging by the public’s reaction, people are utterly sick of this disrespectful and shameful Tory attitude.

It would hardly go unnoticed

This point wasn’t lost on the panel that did show up. Labour’s shadow education secretary Angela Rayner called it out:

“The Tories have failed & what’s really frustrating is they’re not here tonight & every now & again, you have to pitch in & say ‘this what the Conservatives have done’. Why are they not here to talk about their record?” Spot on @AngelaRayner #C4Debate
pic.twitter.com/fKt7lrKDpk

It’s a no show from the Tories

It goes without saying that political parties must face the electorate they want to lead. This way the public gets to cross examine their policies. So it’s really sad for democracy that the governing party has balked on so many occasions during this campaign.

The Conservative Party wasn’t there to answer for its appalling record on the NHS, climate change, or child poverty. But in any case, Newman saved it the trip. People watching clearly noticed this and they weren’t in the least bit happy:

As Tories have refused to go on #C4Debate tonight I don't see why Cathy Newman has to say what they might have said on their behalf. They had their chance and ducked it. As I typed that Angela Rayner made the same point to applause. Newman didn't like that though.

Why the hell is Cathy Newman speaking for the Tories?!

The Tories declined to take part, thats THEIR call. It should not he up to anyone else to defend their position if they cant be arsed even turning up tonight!

Although one person believed the Tories actually were there, but had merely taken a different form:

It is claimed that the Tories didn't turn up for this debate tonight ?

Jo Swinson and Cathy Newman were both representing the Conservative party; which seems a little unfair.. https://t.co/ftbufw6uVc

And surprisingly, it was perhaps Boris Johnson who gave the best explanation for his party’s absence. Perhaps he feels his party is guilty of one too many a “cock up” which no amount of “sensible” debating could ever hope to compensate for:

Boris Johnson claims that debates are essential, but neither he nor the Tories could be bothered to turn up tonight. They're afraid to defend their record. They are not on your side. #C4Debate pic.twitter.com/3tPA5skWwP

If you can’t take it…

The Conservative Party’s attitude towards the debates and interviews in this election is an insult to the British people. It quite simply doesn’t want to answer to the public for its appalling record in government. It’s unprepared to appear unless it can manufacture some kind of cheap publicity stunt.

But it’s voters who have the final say, and they can make a shameful and unresponsive government pay this coming Thursday. More importantly, they can replace it with one that actually does care.