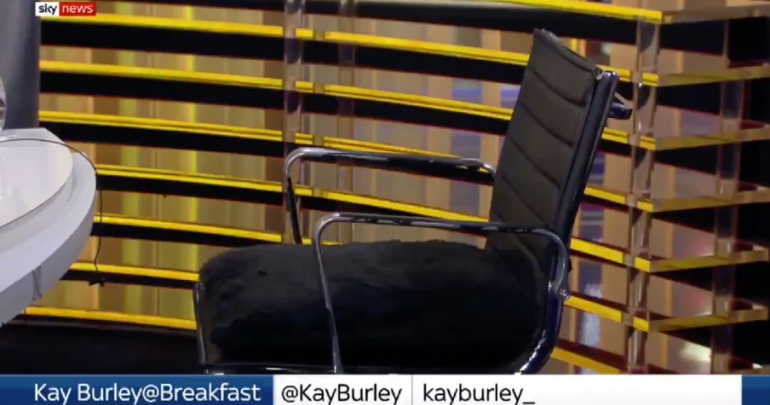 Another day, another election campaign disaster for the Conservative Party. On 6 November, it was Kay Burley from Sky News who delivered a fresh humiliation to the ailing party.

Burley could hardly hide her disdain when party chair James Cleverly failed to show up for an interview. But her just-over-two-minute interview with an empty chair might be the best moment of the election campaign so far. And in fairness, she probably got better answers from the chair than she would have from Cleverly.

Cleverly claimed his non-attendance was because he was already doing an interview with Julia Hartley-Brewer and couldn’t be in two places at once. But Burley was adamant that he said he was going to be there:

I know that the spin doctors at Number 10 Downing Street had absolutely reassured me via text that when politicians were doing the rounds in the morning, they would be doing this programme. And yet we have an empty chair.

Now THIS is holding the powerful to account pic.twitter.com/0m3yGFvqwk

It’s easy to see why Tory politicians would want to avoid media interviews at the moment – especially interviews with presenters who might actually challenge them. After all, these are just some of the areas Burley said she wanted to ask Cleverly about:

Looking back at Theresa May’s 2017 election campaign, it’s hard to imagine that things could be as bad this time around. But while May’s campaign made ridiculous mistakes, the questions Burley wanted to ask Cleverly weren’t about mistakes. They’re questions about issues that show fundamentally how callous, heartless, and manipulating the Conservative Party is. And importantly, they were questions that show the stark choice voters are facing at the ballot box in December. No wonder Cleverly didn’t want to answer them.