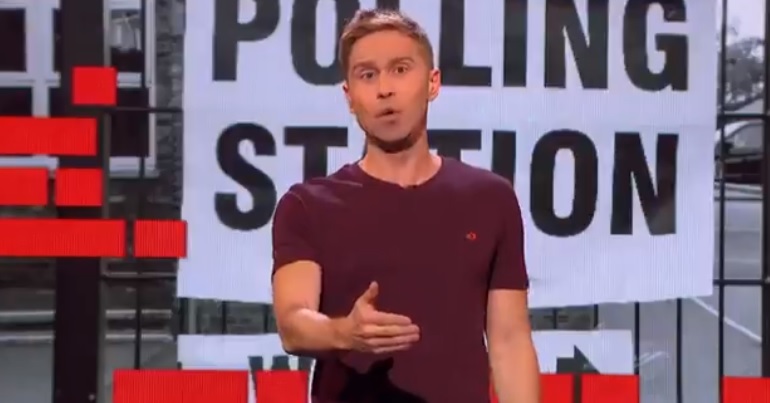 Comedian Russell Howard has torn into high-profile Tory aristocrat Jacob Rees-Mogg over his despicable comments about the Grenfell Tower fire.

Instead of addressing the construction companies that cut corners to save money with dangerous cladding or government departments that sat on the findings of the Lakanal House fire, Rees-Mogg blamed the victims.

Turning his attention to those who suffered and died in the disaster, he suggested they didn’t have the “common sense” to ignore advice from the fire brigade and flee the burning building.

Howard responded to this by saying:

Instead of attacking the people who died, why don’t you deal with the fact that hundreds of buildings in this country are still covered in the same cladding as Grenfell? That’s a bit of common sense. Fix that.

A staggering level of disrespect from Jacob Rees-Mogg #Grenfell pic.twitter.com/vYolI1tMrh

After widespread uproar against his words, Rees-Mogg claimed he was “profoundly” sorry. But as former Tory MP Nick Boles said:

He can say sorry until he’s blue in the face. He said it because he thought it. And that tells you everything you need to know. https://t.co/rEdF9nSOnK

Labour leader Jeremy Corbyn also had some choice words for Rees-Mogg and his Conservative colleagues, highlighting where their attention should really be:

The Tories say the victims of Grenfell didn’t have common sense.

And don’t ignore residents when they tell you their home is a death trap.

Imagine thinking, even for a second, that you could have done better than the people in #Grenfell on that terrible & tragic night! A posh accent does not equal intelligence. @Jacob_Rees_Mogg's comments were disgusting & predictable: this is what extreme entitlement looks like. 👇 pic.twitter.com/3Pyn3IZfzI

Oi @Jacob_Rees_Mogg you need to resign you’re an actual piece of shit I beg everyone watch this – MP Jacob Rees Mogg in a nutshell saying Grenfell Victims should of had the common sense to escape. I can’t believe the cheek fucking hell these politicians are actual aliens pic.twitter.com/aQ4NxwdBCG

There is nothing more callous than @Jacob_Rees_Mogg a representative of a government that had a duty of care towards the beautiful heroes of Grenfell to mock them in this way. It was YOUR government’s legal obligation to protect those lives.

People died jumping from the building, saving their children, suffocating on the staircase, trampled on the staircase. @Jacob_Rees_Mogg common sense as a public servant would be to take on the companies @arconic that caused this. The problem is you think the public are servants

Plus the companies @arconic and @Celotex that put the cladding and insulation on there https://t.co/1V4KqI1Xj1

Residents were thrown into a terrifying, impossible situation at Grenfell – for Jacob Rees-Mogg to suggest it would be ‘common sense’ to ignore the advice that they were given was crass and insensitive. It was also callously irresponsible for a senior government figure to suggest that the public should ignore firefighters when they are in a fire.

The “stay put” policy was designed for circumstances when an evacuation is not safe and has saved countless lives in the past. However, there was no clear guidance for what firefighters should do when it failed at Grenfell. Crucially, Rees-Mogg’s Tory colleagues, Eric Pickles and Gavin Barwell, ignored warnings about the need for alternative evacuation procedures when “stay put” fails. Perhaps the Commons Leader should look closer to home.

For many people around the country, Rees-Mogg’s words will have perfectly reflected the ‘extreme entitlement’ and victim-blaming culture at the heart of the Conservative Party today. And that should give us all the fuel to work as hard as we can to get the Tories out of government.