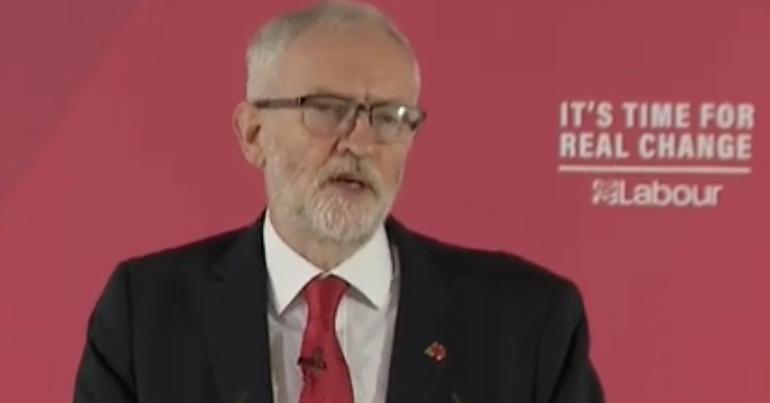 On 6 November, Jeremy Corbyn delivered a speech in Telford. But one line in particular summed up exactly how a Corbyn government would be different:

Corbyn’s speech was blistering. He took aim at the politics that is all about “shouting matches in parliament” and stated that he wanted to share “power and wealth with people who don’t have a lot of money, don’t have friends in high places”. He also highlighted the difference between himself and the Conservative Party elite, saying:

I was not born to rule.

You can watch his full speech here:

Once in a generation

Corbyn claims this election is a “once-in-a-generation chance to transform our country”. And if he’s serious about returning real power to the people of this country, then he’s right.

We have a clear choice between elitist snobs who will do everything they can to screw over ordinary people, or a prime minister who genuinely wants to transform all our lives. The choice shouldn’t be simpler.