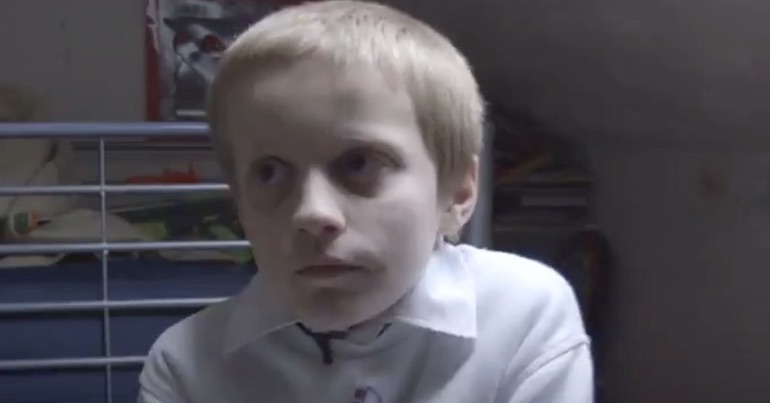 On 2 December, Channel 4‘s Dispatches is set to screen a documentary called Growing Up Poor: Britain’s Breadline Kids. It should be essential viewing for people who’re undecided about who to vote for, and for everyone considering voting Tory.

Dispatches spent a year with three families. The film shows “what life is like if there’s just not enough money for life’s essentials”.

Ahead of the broadcast, a clip shared on Twitter features children from one of those families. It shows Caitlin, Casey and Cameron. Cameron says:

We try not to eat a lot in one day. Even though most of us are really hungry. We have to be careful with our food.

He goes on to explain how his family use foodbanks “because we don’t have a lot of money”. As his sister says: “So that place is helping us a lot”. Later she explains:

Make no mistake, the Tories are responsible for this.

"We try not to eat a lot in one day, even though most of us are really hungry."

This sentence should never be uttered by any child, let alone one living in the 5th richest country in the world.

Make no mistake, the Tories are responsible for this.pic.twitter.com/cOorZYZMeD

Tory “austerity is a political choice”

As of 2016/17, 30% of children – 4.1 million – were living in poverty in the UK. 67% of those children had a parent in work. Many working parents claim Universal Credit. As The Canary previously reported, Universal Credit has forced some people to use foodbanks and made others homeless. In April, the Trussell Trust revealed that foodbank use in the UK had hit a record high. In July, it said:

In 2018, UN special rapporteur Philip Alston concluded an investigation into the impact of austerity and poverty in the UK. Alston pointed out that, far from creating any sort of “caring” or “compassionate” benefits system, there was an “ideological” motivation behind welfare cuts. He also said:

Significantly, Alston also found that the impact of austerity and welfare cuts has:

Many people drew attention to such facts after seeing the Dispatches clip:

Please encourage all voters to watch #Dispatches on Channel 4 at 10pm tonight. Please remember that austerity is a political choice – Tory Govt choice.

Caitlin is one of over 4.1 million (30%) children growing up living in poverty in Britain today.

The Labour manifesto promises that the party “will end food bank Britain, and lift children and pensioners out of poverty”. It says a Labour government will:

halve food bank usage within a year and remove the need for them altogether in three years.

pushed thousands of people into poverty, caused families to lose their homes and forced parents to visit food banks in order to feed their children.

Labour will scrap UC. We will immediately stop moving people onto it and design an alternative system that treats people with dignity and respect.

There’s a chance to help Cameron, Caitlin, and Casey on 12 December. For the 4.1 million children living in poverty, people can vote the Tories out once and for all.