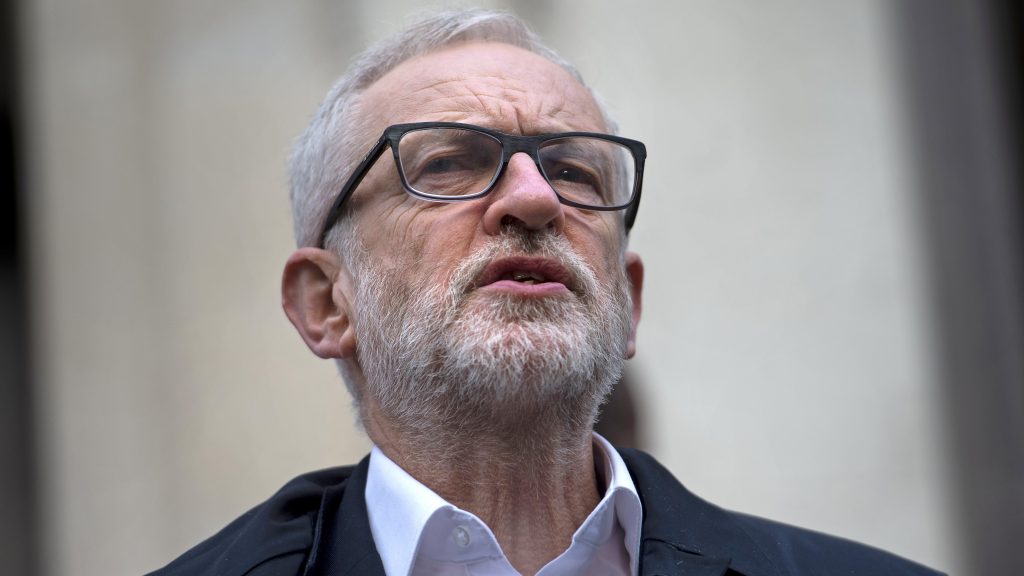 Jeremy Corbyn has said he will tell Donald Trump that US companies cannot play a role in running the NHS if the pair cross paths at Buckingham Palace during a Nato reception.

The Labour leader has placed at the heart of his election campaign concerns that a post-Brexit trade deal with the US under Boris Johnson could see the institution sold off and face spiralling pharmaceutical costs.

While the Tories have been nervous that any further backing of the Prime Minister or Brexit by Trump could be damaging to their chances in the 12 December election, Labour has been provoking an intervention.

This could come to a head if Corbyn and the US president run into each other when they attend a Buckingham Palace reception for Nato leaders on Tuesday evening.

The Labour leader said he would make his demands clear when asked what his message would be if they met.

“That obviously we want a good relationship with the USA but the trade talks that have been undertaken by the Government have been done in secret and we do not accept any idea of US companies coming in to run our NHS or the idea of extending the patents of medicine that will increase the costs for our NHS,” he said.

In an earlier speech alongside cleaning staff and students at London’s School of Oriental and African Studies, Corbyn said he was aware of the president’s presence in the capital because he witnessed the motorcade pass his home.

“Donald Trump has arrived in Britain, I saw it because his convoy went past my house last night, so I know he’s here,” the Labour leader said.

He said visitors should be treated with “respect and politeness”, but that he would “very gently, quite simply, but extremely firmly” say Labour would not put the NHS “up for sale”.

This message was met with cheers.

Before Trump touched down in Stansted Airport, Mr Corbyn wrote the US leader a letter, demanding he clarifies that the NHS is off the table in UK-US trade talks.

The Labour leader has used a leaked dossier detailing talks between officials on both sides of the Atlantic to use as evidence of a plot to sell off the NHS, something Johnson has dismissed as “nonsense”.

Trump appeared to take the bait when speaking at the start of the Nato summit, when he claimed he wanted “nothing to do with” the NHS, not even “if you handed it to us on a silver platter”.

The US president also claimed he would “stay out” of the General Election campaign because he does not want to “complicate it”, but went on to describe Johnson as “very capable”.