Austerity Christmas: sanctioned and living on the streets - The Canary 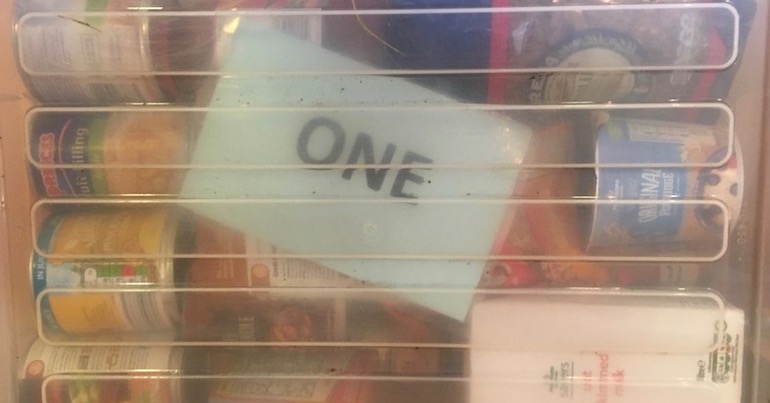 It’s Truro Foodbank‘s last session before Christmas, and it’s busy. In just an hour, over 60 people have visited to collect three-day food parcels. Since January 2018, foodbank manager Bob Girvan estimates that they’ve given food to over two and a half thousand people. And he says that, since the rollout of Universal Credit in the area, demand is rising. Fast.

Carrie* is here today to collect food for a homeless friend who’s “too ill and too vulnerable to go anywhere”.

“I couldn’t keep up”

Carrie’s 32, and she’s also been homeless for three months. She lost her home because of “debts and benefit changes”.

She moved onto Universal Credit in “May, June time”, and that’s when the problems started. It was only after moving onto Universal Credit that she discovered the housing element of her Jobseeker’s Allowance “hadn’t been paid to my landlord”. So as she explained, “I became in debt that way”. Although she cleared the arrears once “the back payment was sorted”, the shift “over to Universal Credit” meant she got behind with the rent again: “I couldn’t keep up with the payments, and court costs as well.” She “had to pay £320 in court costs” after falling behind with rent in the first place. She also suffered as a result of the bedroom tax.

Eventually, she says, “I just couldn’t pay anything and I couldn’t feed myself.” She didn’t know about foodbanks when this happened.

After missing an appointment because she was unwell, Carrie was sanctioned and had £26 to live on “for a whole month”:

I had a sick note to say I was so unwell I couldn’t move. But they make you hand in your sick note when you’re sick. I didn’t have any way of getting onto the internet. They sanctioned me even before the sick note was finished.

Carrie explains that “it all spiralled, literally because of that”. She did her best to clear her debts, but eventually “it just became impossible” and she was evicted.

She’s now living in an outbuilding with four other homeless people. “We look out for each other, we look after each other,” she explains, and:

We’re the only ones that know where it is. We can get bedding and stuff from [homelessness campaign group] St Petrocs. But it’s bloody freezing.

She calls the night shelter a “locked environment” and insists that where she is at the moment feels “safer than in a shelter”. She knows of many homeless women who’ve experienced abuse and violence on the streets. But she says she’s “been lucky because I found some great people and I feel safe”. She continues:

I have to be sensible with what I do. So I don’t go anywhere that’s not on CCTV and always make sure that I’m with people and that I’m never alone. I always make sure someone knows where I’m going and what I’m doing.

Carrie says that, at a count of homeless people in Truro by outreach workers a few weeks ago, “there were about 40 of us”. But she continues:

There’s going to be more now because people come in from other towns where there’s nothing. We’ve got St Petrocs but in other places they don’t have a breakfast club; they don’t have a dinner club. So a lot of people are coming over here because there’s a night shelter open here for the winter.

“It could be you”

Carrie says that she’s really not thinking about Christmas – “it’s just another day really”. As far as she’s concerned, “Theresa May’s government fucked it all up for me completely”. She didn’t ever imagine that this was how her life would turn out; but she knows that, when things fall, they fall fast:

There’s a picture up at St Petrocs that’s got a drawing of a homeless [person]. On the top, it says ‘lottery’ and underneath it says ‘it could be you’. I love that, because that’s really how it is.

By this time next year, Carrie says, she wants to be “out of this country – somewhere hot, somewhere far away”. But to do that, she needs a passport. And she can’t get a passport without an address.