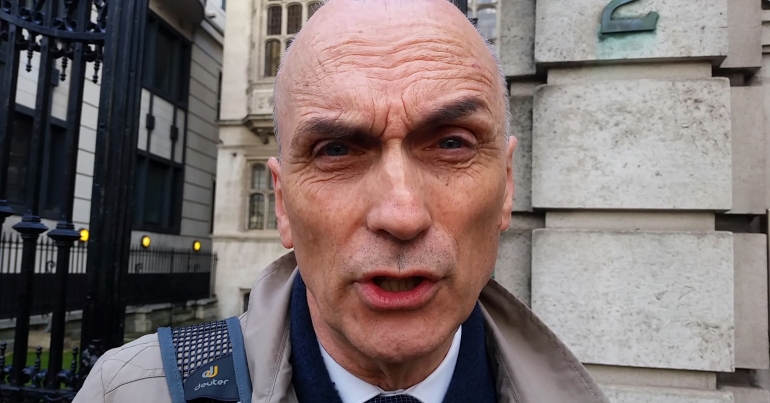 On 19 December 2018, Mohamed Elmaazi accompanied Chris Williamson MP as part of an ongoing investigation by The Canary and the Grayzone Project into the activities of the Institute for Statecraft.

Labour MP Chris Williamson has made his latest significant intervention into the ‘psyops‘ scandal surrounding the Institute for Statecraft. He has written to the Spanish prime minister alerting him to British meddling in Spain’s national security affairs.

Statecraft is funded by the Foreign and Commonwealth Office (FCO), the North Atlantic Treaty Organization (NATO), the US State Department, the market fundamentalist and neocon-linked Smith Richardson Foundation, and others.

A letter to Spain’s prime minister

Williamson addressed his 21 December letter to Spanish prime minister Pedro Sánchez Pérez-Castejón. He explains how the Integrity Initiative, a “network of networks” operated by Statecraft, sabotaged his appointment of Colonel Pedro Baños Bajo to be Spain’s national security director.

Over the last few weeks it has been revealed that the Integrity Initiative operates a “cluster” in your country, among others, which includes journalists, think tank experts, academics and even politicians. Interesting names include Fernando Maura Barandiaran (an MP for the Citizens party), Eduardo Serra Rexach (former Defence Minister in Jose Maria Aznar’s [right-wing] government) and members of the European Council on Foreign Relations

The Spanish “cluster” reportedly initiated the ‘Moncloa Campaign’ to attack Baños once it learned he was the prime minister’s first choice.

Sánchez became prime minister in June 2018, after a no-confidence vote brought down the right-wing Popular Party led by Mariano Rajoy. The new prime minister represents the Spanish Socialist Workers’ Party; but as The Canary reported, it is arguable how ‘socialist’ his government actually is. As the World Socialist Website has pointed out, his chosen cabinet immediately sought to “impose the austerity demanded by big business and international financial institutions, while aggressively pursuing a militarist foreign policy”.

According to his CV, Baños is a Colonel, reserve, in the Spanish army; and he “took part in three missions in Bosnia-Herzegovina (UNPROFOR, SFOR, and EUFOR)”. He was also chief of security and counterintelligence at Eurocorps. Baños’s Twitter profile says he’s an “analyst and lecturer in geopolitics, strategy, defence, security, intelligence, terrorism and international relations”.

His professional profile page, meanwhile, describes his objectives as “trying to understand and explain what is happening in the world” with the “ultimate goal” being:

to achieve, together, a mutual understanding in order to forge a better planet, in which there are neither conflicts nor impositions, but a peaceful coexistence which respects different cultures, ideologies and ways of understanding life, always thinking, above all, in human security, which must be the main concern.

In short, Baños has established military and national security credentials.

But all of this was not good enough for the Integrity Initiative. It labelled Baños “pro-Kremlin” in one of its documents without any explanation. In the words of Novara Media journalist Aaron Bastani:

his admission on Twitter that Spain ‘would not gain anything from provoking Russia’ was apparently a stretch too far.

Whatever the reason, an FCO-funded organisation orchestrated a social media campaign against Baños. Within less than 24 hours, Sánchez revoked his appointment. As Williamson put it, this was “despite [Baños’s] long record of public service in Spain”.

I've written to Spanish PM @sanchezcastejon about the campaign launched by @initintegrity this summer against the appointment of Pedro Baños as Spain’s Director of National Security. Spain is a valued ally and friend. What happened is scandalous and it must be fully investigated. pic.twitter.com/sSLzFqsaJP

the Integrity Initiative played a significant role in the campaign against an important political appointment in your country: that of Colonel Pedro Baños Bajo

all of this was catalysed and expedited by a British-based organisation, which is funded by the UK government. The activities of this cluster appear to be tantamount to colluding with a foreign power to undermine Spain’s sovereignty and its democratic processes. 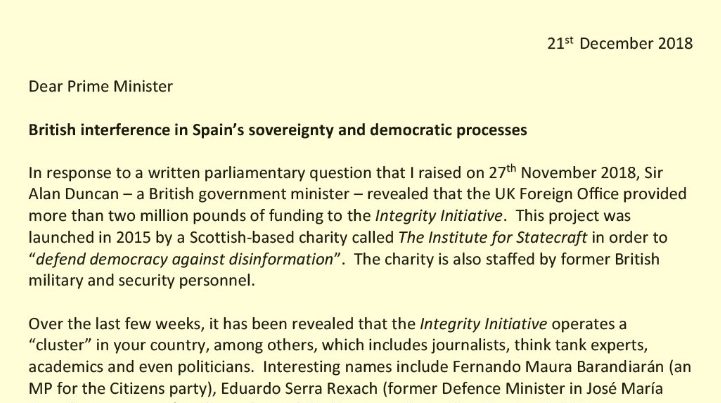 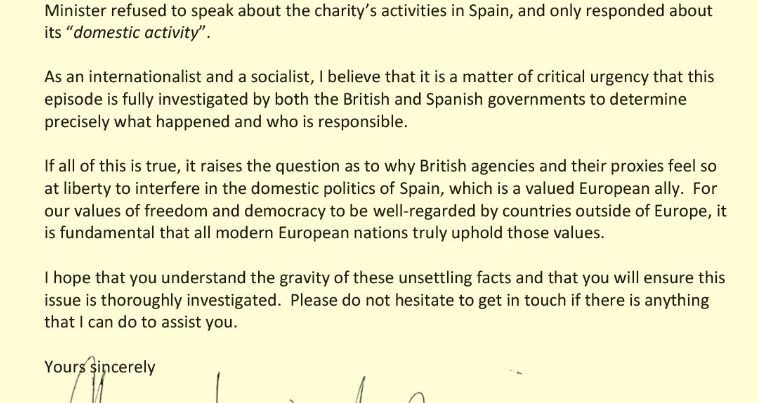 Williamson says that, as an “internationalist” and “socialist”, he believes it is ‘critical’ that Spain and Britain launch an investigation. The Canary understands from Williamson that the Scottish Charity Commission (with whom Statecraft are registered) has already launched an investigation into Statecraft.

If all of this is true, it raises the question as to why British agencies and their proxies feel so at liberty to interfere in the domestic politics of Spain, which is a valued European ally.

The British establishment media would come down like a ton of bricks on any ‘cluster’ found to have colluded with a foreign power to sabotage a UK cabinet appointment; not to mention the police, which would almost certainly launch a criminal investigation. In reality, however, the corporate media’s near-silence on this matter is quite deafening – especially given their hysteria over alleged ‘Russian meddling’. One thing is clear: muckrakers and journalists must continue to push this story from below in order to achieve accountability. Democracy, after all, is not a spectator sport.

– Write to your MP and demand they seek further answers into the activities of the Institute for Statecraft and the Integrity Initiative (always be respectful when you write letters, they are much more likely to be effective when clear, to the point and respectful)