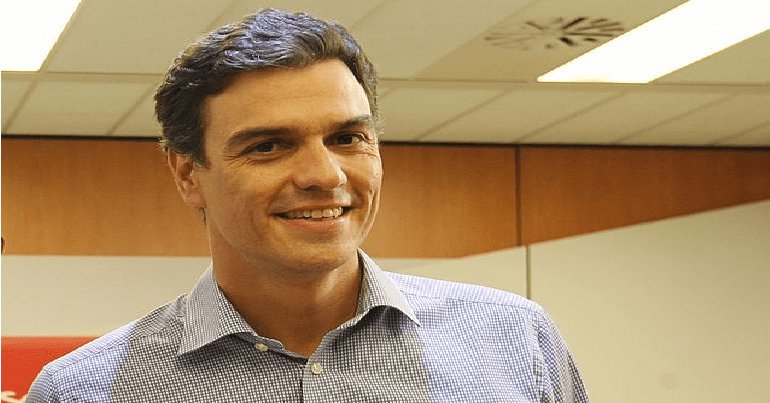 In the US and UK, the corporate media is already having readers on about the new Spanish prime minister. From the Guardian, to the New York Times, to the Telegraph, mainstream journalists have categorically referred to Pedro Sánchez as a “socialist”. But that’s far from the case.

Contrary to widespread media reporting, Sánchez is not socialist. The new prime minister may lead the Spanish Socialist Workers’ Party (PSOE). But a brief look at policy shows that Sánchez and his party are not what the label suggests. For example, José Luis Rodríguez Zapatero, PSOE’s former leader, implemented austerity cuts worth €15bn. Zapatero also cut public servants’ pay and froze pensions.

Similarly, Sánchez has already endorsed conservative predecessor Rajoy’s budget. He has also committed to respecting the EU’s fiscal rules, which demand counterproductive austerity in the face of deficits. And revealingly, the PSOE leader also opposes the progressive, grassroots party Podemos.

The Owen Smith of Spain?

Sánchez may have promised a left-wing turn during internal party leadership elections last year. But the rhetoric soon morphed into a ‘centrist‘ policy agenda when power came knocking.

So it’s inaccurate for the Daily Mail to label Sanchez the “Socialist ally of Jeremy Corbyn”. Because the new prime minister is more like 2016 UK Labour leadership challenger Owen Smith, who hijacked Corbyn’s rhetoric in an attempt to win votes from the membership. And Sánchez’s party is more like New Labour.

Although Adolf Hitler led the National Socialist German Workers’ Party, he was in fact a far-right fascist. A clear example that a name doesn’t determine the nature of a party.

It’s clearly the policies that count when defining the ideology of a party, not its self-appointed label. So the mainstream media should really know better. But it seems editors relish branding centrists as socialists; the aim apparently being to push the debate rightwards, and keep it there.