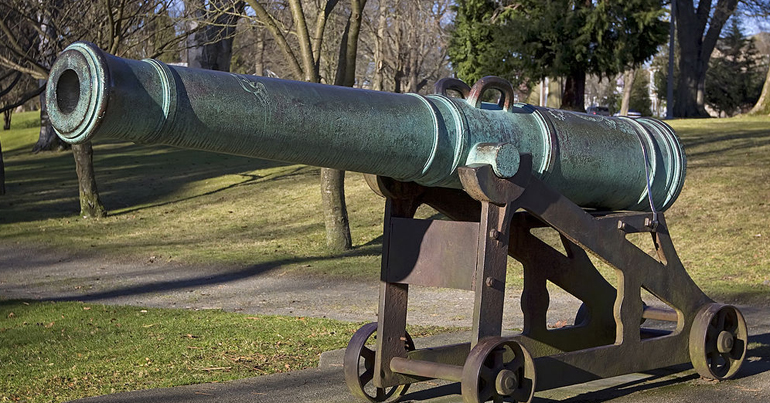 The very definition of “escalation”

Writing for Fox News, Barrie, who has advised the British Ministry of Defence in the past, suggests a bold new solution to school shootings. In the event of a shooting, law enforcement could make use of cannons to blast holes in school walls, allowing police to enter or children to escape.

In the article, Barrie draws attention to the “BCB Wall Breaker“, a military-grade cannon that uses compressed air to launch projectiles with enough force to blast through a wall. While theoretically any suitably sized projectile could be used, in the article Barrie mentions that water cooler bottles could act as a non-explosive missile.

Barrie is exhaustive in laying out the scenario in which the Wall Breaker could be employed:

Imagine students barricaded in classrooms with no way to escape. The shooter is roaming the hallways. The only exit is the door to the hallway. If students tried to escape via the hallway, they could be greatly at risk.

Outside the school building, police could roll up these water cannons and quickly punch holes in the walls of every classroom providing large escape holes.

If students have been wounded, first responders can use the hole to accelerate access to medical care.

In both these instances, escape and medical care for wounded, seconds are vital and can mean the difference between life and death.

The cannon can also be useful for perpetrator apprehension. An active shooter will expect law enforcement to intervene through doors and windows. With this cannon, law enforcement can fire the cannon at any wall to create their own “door”.

Let’s entertain this ridiculous idea and consider one factor that Barrie has neglected to address. What happens to any children near the wall in question when it gets a massive hole punched through it? A quick look at a video demonstrating the device suggests that while it doesn’t use explosives, the results are far from gentle.

In 2018 alone there have already been 23 school shootings in the United States – over one a week. These shootings have left gun-rights advocates scrambling to offer a series of ridiculous solutions to the problem. As patently ludicrous as this idea is, it’s not the first time a bizarre solution has been proposed. All manner of fixes has been suggested, such as:

It seems that no solution – no matter how outlandish, ineffectual, or absurd – is beyond consideration. All except the most obvious – stricter gun controls.