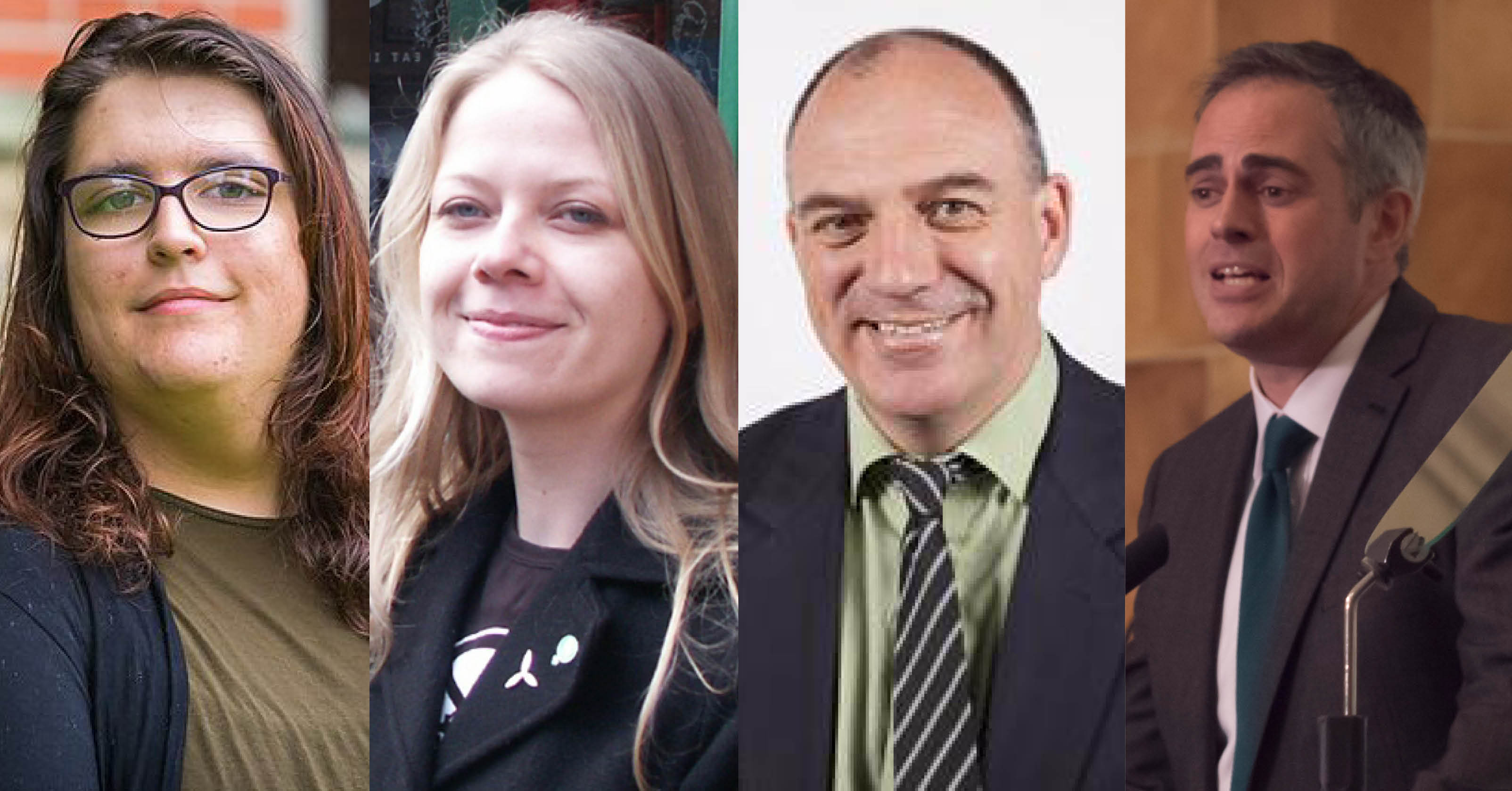 Earlier this week, Caroline Lucas announced she would not be standing for re-election as leader of the Green Party of England and Wales. For the last two years, she had been sharing the leadership as part of a job share with Jonathan Bartley.

The Green Party holds a leadership and deputy leadership election every two years. Nominations for this year’s election opened on 1 June.

As the election begins in earnest, The Canary takes a look at the already declared candidates, who else could be in the race, and the challenges a new leadership team will face.

On the day nominations opened, Jonathan Bartley announced he was once again standing for the leadership, this time as a job share with Siân Berry.

Berry already has a high profile within the party. Since 2016, she’s been a member of the London Assembly, and is also a councillor in Camden. In May, she was re-elected with the most votes of any candidate in her Highgate ward.

In addition to being the current Green Party co-leader, Bartley has an impressive reputation within the party. He won a seat on Lambeth Council in May, where the Greens saw one of its best results, picking up four new seats. In the 2010 general election campaign, prior to joining the Green Party, he rose to prominence after confronting David Cameron over special needs schooling.

Speaking to The Canary about his and Berry’s joint-candidacy, Bartley said:

When I was elected as co-leader with Caroline we said we would help build the party and elect more Greens. We have done that and the Green Party is now firmly established as England’s fourth party. I want to continue that work with Siân as we build towards the next vital set of elections. Our ambition is to have a Green on every council and together we believe the time is right for the party to step up to a whole new level.

Given that Bartley is standing as an incumbent, and that Berry already has a high profile, the pair are clear favourites at the start of the campaign.

At the time of writing, no further candidates have announced their intention to stand.

Alongside the more prominent election, the Greens will also be electing a deputy leader. So far, two people have thrown their hat in the ring.

The first is Andrew Cooper. A councillor in Kirklees, Cooper previously stood in the 2016 deputy leadership election. That time, he fell short, coming second to Amelia Womack. In the 2016 election, Cooper received the backing of key figures on the traditional environmentalist wing of the Party, including Rupert Read and Clive Lord. As of yet, Cooper has said little of his campaign, simply announcing his candidacy on Twitter:

OK I'm standing for the Deputy Leadership of @TheGreenParty . I better start getting things moving.

Second, there is Aimee Challenor. Challenor has built a formidable profile within the party over the past two years. Since 2016, she’s been the party’s LGBTIQA+ spokesperson. She’s also currently a member of the Green Party Executive Committee. At 20 years old, if elected, Challenor would become the Party’s youngest deputy leader. Her campaign has so far gathered support from figures in the international Green movement. This includes the first vice president of the African Greens Federation and the secretary for women of the Ecological Party of Uganda. Speaking to The Canary about her campaign, Challenor said:

I am campaigning to be the next Green Party deputy leader as I want us to continue the great work we’ve been doing at the forefront of modern British politics. We’re at risk of falling behind, into the “London-trap”. I don’t want that for our party. We’re meant to do politics differently, and what’s more different than a 20 year-old trans female Open University student from a lower-class background being the deputy leader of a political party?

Who else has a shot?

It’s early days in the campaign, and there are likely more candidates still to announce. Rupert Read, who had been touted as a candidate, has already ruled himself out. It’s also unlikely that prominent figures from an earlier generation of the party, such as Jenny Jones, Jean Lambert or Keith Taylor, will enter the contest.

But there are many key members who have so far been silent.

The most obvious among these is Amelia Womack. Deputy leader since 2014, in the last leadership election Womack ruled herself out once Caroline Lucas’ candidacy was announced. With Lucas stepping aside this time, is it possible that Womack would stand? If she did, the battle for the top spot could be tightly fought.

Another potential candidate for either leader or deputy is Shahrar Ali. Ali was deputy leader with Amelia Womack from 2014 to 2016, but failed to win his re-election. As of yet, he hasn’t made any announcement one way or the other. Recent tweets stating his views on the future of the party, though, have sparked rumours of an election bid.

The third prominent figure that eyes will be on is Molly Scott Cato. Elected as a Member of the European Parliament for South West England in 2014, Scott Cato was also the Greens’ candidate in the target seat of Bristol West in the 2017 general election. She is also the party’s EU Relations spokesperson, and any leadership bid she might make would likely make opposition to Brexit a key issue.

Other potential candidates could include Vix Lowthion – the Party’s candidate for the Isle of Wight in the 2017 general election; Adrian Ramsay – the Party’s deputy leader from 2008-2012, and Rashid Nix – the Brixton based Party activist.

This leadership battle could prove crucial for the Green Party. In the last general election, the party’s vote share fell to just 1.9% in England. Despite strong local election results in May this year, the party has struggled to carve itself a political space since Jeremy Corbyn’s election as leader of the Labour Party.

Whoever makes up the new leadership team, they’ll have an uphill battle to face. They’ll be tasked with finding a distinct political voice, curbing declining membership, and building a strong electoral strategy. Determining how the party relates to a left-wing Labour Party will be key.

Nominations for both the leadership and deputy leadership elections close on 29 June. All Green Party members are eligible to vote, with voting taking place between 30 July and 31 August.