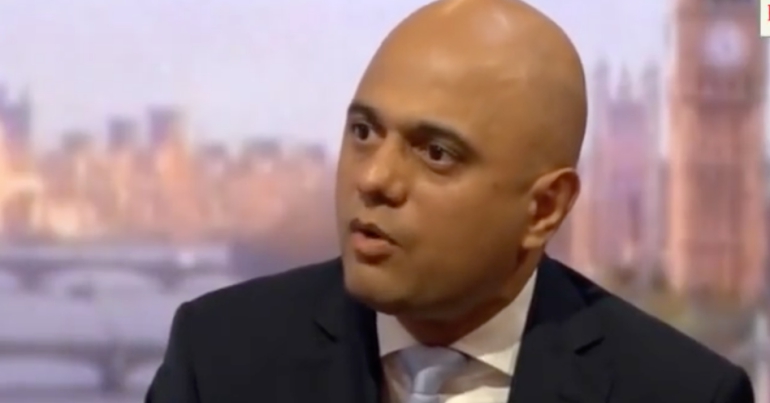 On the Andrew Marr Show, home secretary Sajid Javid had an excuse ready for Islamophobia within the Conservative Party. But viewers saw right through Javid’s ploy.

The MP for Bromsgrove claimed:

But people came forward to point out the flaws in his argument:

I’m not racist- in fact one of my bet mates are Asian – that said…..
It’s ridiculous to suggest that just because the Home Sec is Muslim (though previously he’s said not practicing) that Islamaphobia is not rife in the Tories.

“One of my best friends is [insert minority group]”

In short, the home secretary has essentially remixed the logical fallacy that ‘my friend is black, so I can’t be racist’. And it’s a flawed argument because one example does not override all the other incidents of Islamophobia within the governing party.

The Muslim Council of Britain recently called for an independent inquiry into the “more than weekly occurrences of Islamophobia from candidates and representatives of the Conservative Party”.

MP Bob Blackman is a striking example. In March, the MP for Harrow East shared an article entitled Muslim Somali sex gang say raping white British children ‘part of their culture’. In the past two years, Blackman has also [paywall] retweeted a message from far-right figurehead Tommy Robinson, as well as giving Tapan Ghosh, an Indian Hindu nationalist, a platform in parliament. Ghosh has [paywall] previously demanded that the UN control the birth rates of Muslims. The Conservative leadership has taken no action against Blackman.

Senior Conservative peer, Baroness Sayeeda Warsi, described a “simmering underbelly” of Islamophobia within the party. And while Javid’s excuse did not cut the mustard, Marr failed to call out the home secretary. So, it’s down to us.

"Look at who the home secretary is" – Sajid Javid insists that Islamophobia is not a problem in the Conservative Party #Marr https://t.co/hlCXnA3DYF pic.twitter.com/UzGRSOAVWu