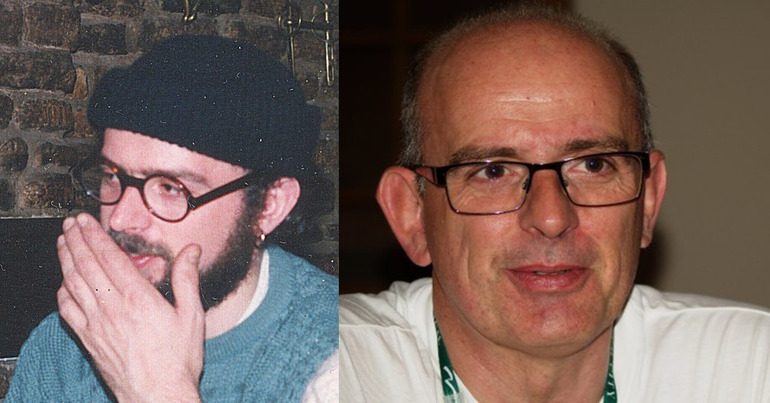 Liz Groom, Cambridgeshire Police Federation chair, tweeted her approval after the Lush shop in Peterborough took down its spycops display. But Groom failed to mention in her tweets that a previous representative of the same federation was spycop (undercover police officer), Andy Coles.

In reply to all the messages (Some reported as abusive) To clarify. This officer was OFF duty, NOT in uniform and had a respectful two way conversation with staff. Not abusing his position , but as a customer and citizen and didn’t make them remove it. We are the public too! https://t.co/eCQfD7V7wO

Lush says it has taken down the spycops campaign material from some of its shops because of “intimidation” of its staff by ex-police officers.

Coles, as ‘Andy Davey’ was an officer with the Special Demonstration Squad (SDS) and active in the animal rights movement. The SDS spied on political parties too, targeting at least ten Labour MPs including Jeremy Corbyn, Jack Straw, Bernie Grant and Diane Abbott. It also began spying on Green Party member of the Greater London Assembly Jenny Jones after she was elected, and continued to do so for over ten years. These are all democratically elected public figures.

The SDS also spied on numerous trade unions, including the Fire Brigades Union and the Communication Workers Union. It also gave information on citizens to a blacklist of construction workers that prevented thousands of people from getting work.

Coles retired from the police in 2012.

In a June 2016 statement to the Cambridgeshire Police and Crime Panel, in regard to his application for deputy police and crime commissioner, Coles refers [pdf, p9] to his time as a Police Federation representative:

I was elected as Police Federation representative to Inspectors and Chief Inspectors in two specialist departments. This gave me valuable skills and experience in representing and promoting the interests of policing colleagues, and influencing internal and external decision makers, including within the Metropolitan Police Force. This included conducting sensitive negotiations with senior staff and dealing with complaints, whilst at the time being cognisant of the ‘politics’ involved.

In June 2016, Coles was ‘scrutinised’ by the Police and Crime Commission with no attempt to explore his spycop past:

Coles was appointed deputy police and crime commissioner for Cambridgeshire and Peterborough a month later. However, he resigned from that post in May 2017 after he was exposed as a spycop.

On 12 May 2017, Channel 4 News aired an interview with ‘Jessica‘, whom Coles, using the cover name Andy Davey, formed a relationship with, in order to spy on political activists:

Undercover Research published what they knew, as did the Guardian.

‘Jessica’, who was only 19 when groomed by Coles, explained:

Although not legally underage, I feel that my youth and vulnerability were used to target me. I was groomed by someone much older, and far more experienced… and I was manipulated into having a sexual relationship with him. I didn’t even know his real name.

She subsequently gave a video interview and released a statement at a public event:

Coles, however, claims he has no relationship with Jessica. Accusations of inappropriate sexual behaviour with other women activists have also been made.

The displays in Lush shops were created in partnership with campaigners Police Spies Out of Lives to highlight the abuses by undercover police officers against activists and social justice campaigners:

Well done to @LushLtd for highlighting the #spycops scandal.
The mainstream media seem more upset about a window display, than the human rights abuses carried out by undercover political police units
(that the Met Police have actually publicly admitted to & apologized for) pic.twitter.com/ML9t22f2aY

And there was an accompanying video:

The Lush campaign is due to last for three weeks.

Meanwhile Groom appears to have egg on her face. Because it beggars belief that she was unaware of Coles’ previous work as a spycop, or his Police Federation position or the ongoing campaigns and protests in Peterborough about him.

– Leave Lush a positive review on Facebook. Or better yet, go to your local store and share your support with the staff directly.