Five people in one hotel room. The plight of homeless families in Birmingham shows the perils of temporary accommodation. - The Canary 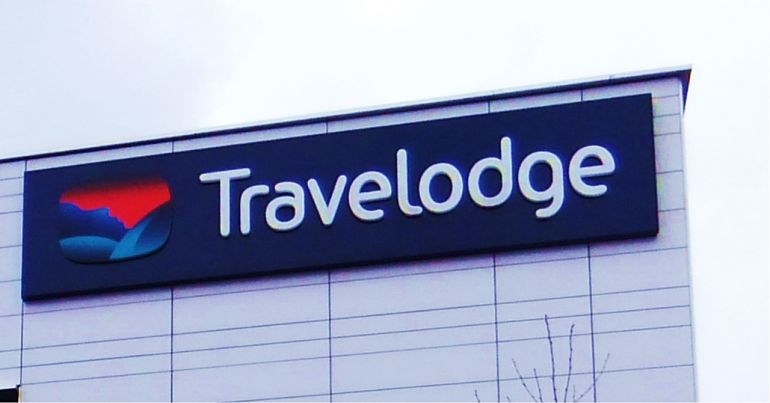 Birmingham Live has reported that over 20 homeless families are currently living in a service station Travelodge off the M5. The families have been provided with emergency accommodation by Birmingham Council after approaching as homeless.

Their plight, and the rising number of households in temporary accommodation across the UK, should shame this government.

No end in sight

Despite the families living in the hotel on an emergency basis, some have now been there for over a year.

Rachel O’Gorman, a mother of three, shares one room with her partner and children. She told Birmingham Live:

It’s the situation we are in and I am getting to the stage where I cannot see an end to it. I have a baby and two other children and they can’t live properly like this… The most we can cook is noodles, using the kettle.

Andy Richardson, who has lost both legs due to Buerger’s Disease, is also in despair at his situation:

The accommodation I have been offered has been a joke, often with stairs leading up to the property. While I am living like this, I can’t get out on my own. I can’t even pop out for a loaf of bread. There are so many of us at this hotel in the same situation. There is easily between 20 to 30 rooms taken by people who have been placed here by the council. It is not just this hotel either, this is happening across the country. I am tired of waking up in the same situation and seeing no way out. I am suffering physically as well as mentally.

Birmingham City Council currently has more than 2,000 households in temporary accommodation, with over 9,000 people on the housing register and just 3,000 properties to let. The housing crisis and access to council housing is a nationwide issue, affecting an unprecedented number of families and individuals across the region.

Unfortunately, the situation in Birmingham is far from unusual. Since 2011, the number of families in temporary accommodation has risen by 64%.

In December 2017, the Labour MP for Tooting – Rosena Allin-Khan – challenged Theresa May on the fact that over 2,500 children in her constituency were spending Christmas in temporary accommodation. May responded by saying:

Anybody hearing that will assume what that means is that 2,500 children will be sleeping on our streets. It does not. It does not mean that.

However, repeated evidence has shown that temporary accommodation is rarely suitable for anyone, let alone young children. In November 2017, a BBC investigation exposed how 200 children and their families were living in slum-like conditions on an industrial estate in Mitcham, Surrey. And as of March 2018, nearly one hundred families made homeless by the Grenfell Tower fire were still living in temporary accommodation, with 32 of these families still living in hotels.

A lack of options

A council provides households with emergency accommodation when it has no other options. Since 2011, councils have been allowed to discharge their duty to applicants though sourcing private rented accommodation as well as council/housing association tenancies. However, the number of families in temporary accommodation has still risen sharply despite councils having more flexibility.

This rise is indicative of the refusal by this and previous governments to address the key issues driving the housing crisis. The assault on welfare, including bringing in the bedroom tax, introducing the benefit cap and freezing housing benefit rates until 2020, has meant that even some social housing is now too expensive for low-income families. A refusal to build anywhere near the required number of new council homes means some people are sitting on council waiting lists for over 50 years. And the government has displayed no willingness to reform the private rented sector despite private tenancy evictions accounting for 78% of the rise in homelessness between 2011 and 2016.

The plight of the families in Birmingham is the direct result of years of brutal policy. Councils place people in temporary accommodation as a last resort. But in Tory Britain, it is often people’s only option.