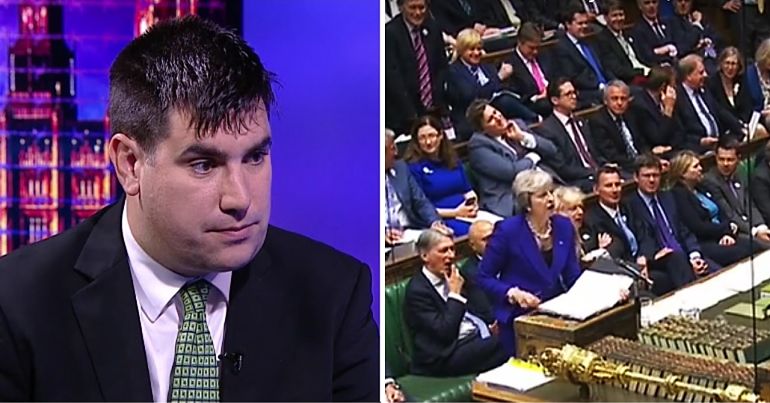 Labour MP Richard Burgon just nailed what was so peculiar about the Conservatives at Prime Minister’s Questions (PMQs). Many people are appreciating his wit, coming as it does before a very special day.

The MP for East Leeds tweeted out an observation after PMQs on 4 July:

At #PMQs today every Conservative MP is wearing an “NHS 70” badge – to mark 70 years since they voted against its creation.

Health secretary Jeremy Hunt begs to differ on this. He’s previously argued that starting the NHS was a “Conservative dream”. But then, Hunt also says “NHS privatisation… is not happening”. Hmmm.

Burgon’s tweet has received thousands of retweets, likes, and positive comments. Clearly, some people agree with his remark. But there were some who criticised the Labour MP for dredging up the past:

So they are not allowed to change their minds? Heavens it was 70 years ago.

Of course, the Conservatives are allowed to change their minds. But unfortunately, it doesn’t appear that they have.

Since the Conservatives came to power in 2010, they have systematically – and some would say intentionally – brought the NHS to its knees. The Conservative-led government introduced legislation in 2012 that has allowed private companies to scoop up the most profitable parts of our health system, and be paid for it handsomely with our taxes. Of course, that profit goes into some fat cat’s wallet, rather than back into the health system.

Meanwhile, the Conservatives have starved the NHS of adequate funds, forcing numerous trusts into financial trouble. Conveniently for private providers, this makes the NHS unable to stump up competitive bids on service contracts. In fact, it’s seemingly struggling to provide some services at all. Recently, the NHS revealed it’s considering axing 17 routine procedures, including tonsil removal, except in certain cases.

So Burgon called it right. The Conservatives voted against the NHS 70 years ago. And their actions suggest they want rid of it today, despite donning badges at PMQs.

– Check out the new NHS song by the National Health Singers. It marks the health service’s 70th birthday and tells the government in no uncertain terms that we Won’t Let Go of our national treasure.