How the four UK nations and Ireland are approaching lockdown - Canary 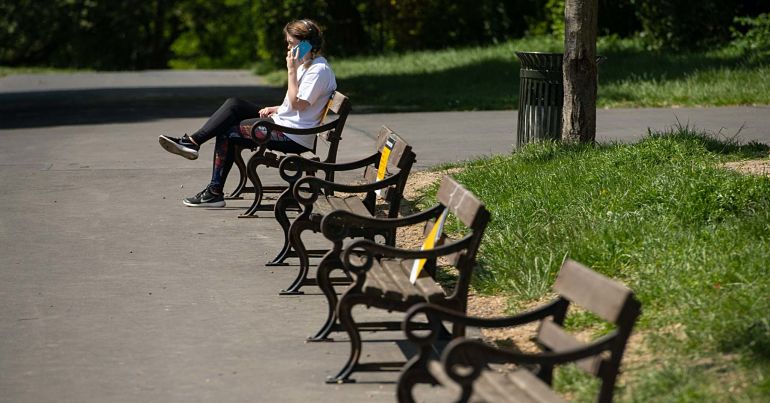 Despite the UK government’s preference for a “four nations approach” towards softening the lockdown, clear differences have emerged between the countries.

The devolved governments in the north of Ireland, Scotland and Wales have diverged from England, notably in keeping the “stay at home” slogan after prime minister Boris Johnson unveiled his new “stay alert” message on Sunday.

Here is a look at how the four UK nations – and the Republic of Ireland – differ in their approach to exiting the restrictive regime which was imposed across the board on 23 March.

England has introduced the largest changes so far, allowing people to spend more time outdoors to enjoy sunbathing, picnics and fresh air and exercise as much as they like from Wednesday.

People are also free to drive any distance within England for a day trip, visit a garden centre, and make use of open-air facilities like tennis and basketball courts and golf courses.

People can also meet one other person not from their household, provided the encounter is socially distanced and takes place outside.

Face masks are also advised for enclosed spaces like public transport, and people who cannot work from home are being advised to return to work from Wednesday, including tradesmen and construction and manufacturing workers.

– The north of Ireland

On Tuesday the Northern Ireland Executive published a five-step road map to relax lockdown measures – but with no firm dates.

It will start by allowing more outdoor spaces to open and people from different households to meet outside, as well as drive-through church services and cinemas, churches opening for private prayer, and more sports, including some water activities, golf and tennis

Those unable to work from home will be encouraged to return to work on a phased basis in another early shift if the R number – the average number of people an infected person can expect to pass the virus on to – continues to decline below one.

The north of Ireland extended lockdown for another three weeks last Thursday, with the next review due at the end of the month.

First minister Arlene Foster warned on Tuesday that “if restrictions are lifted too soon, or in a way that we cannot control, we will see the negative results of that in the days and weeks ahead”.

Foster has previously stressed the importance of “moving together as a bloc” with the rest of the UK to send a clear and simple message to the population.

First minister Nicola Sturgeon has kept all existing lockdown measures for at least another three weeks, but eased “one small aspect” as she allowed socially distanced walking and exercising outdoors more than once per day.

Sturgeon has vowed not to be “pressured” by Westminster into “prematurely” easing any restrictions, saying “stay home save lives remains my clear message to Scotland at this stage”.

The Scottish government’s document Looking Beyond Lockdown, published last month, stressed that any relaxation of rules will be “conducted in a phased and careful manner”.

It is likely to include: “Opening up different parts of the economy sector by sector, considering different restrictions in different areas dependent on how the pandemic is progressing, and considering options for different groups of the population.”

The Scottish government said its data suggests the R-number is higher in Scotland than the rest of the UK.

The Welsh government has committed to another three weeks of lockdown and has retained the “stay at home” message.

However, first minister Mark Drakeford has said people are now allowed to exercise more than once per day and garden centres can reopen as long as social distancing rules are obeyed.

He has also allowed local authorities to begin planning how to safely reopen libraries and municipal recycling centres.

In a warning to border-crossers from England, he tweeted that “In Wales, Welsh law applies” adding “No one should travel to Wales to exercise”.

Separately, the chief medical officer for Wales, Frank Atherton, “does not recommend that everyone should wear face masks or coverings” and believes it “should be a matter of personal choice”, said Wales’s health minister Vaughan Gething on Tuesday.

At the start of the month, Irish premier Leo Varadkar said the majority of lockdown measures will stay until 18 May, but on Tuesday two measures were eased.

A travel limit that had forced people to stay within 2km of home when exercising was extended to 5km, and self-isolating over-70s were told they can leave their homes for a walk or drive.

When Ireland begins to reopen from next Monday, the public will be given advice on wearing face masks or coverings in shops and when using public transport, Varadkar said.

Outdoor work, like construction and landscaping, is due to resume, while some retail outlets, like garden centres, hardware stores and repair shops will also reopen.

Varadkar added that schools and colleges will reopen in September / October, at the start of the new academic year.