Everything that's wrong with centrist politics today, in one anti-Corbyn rant - Canary 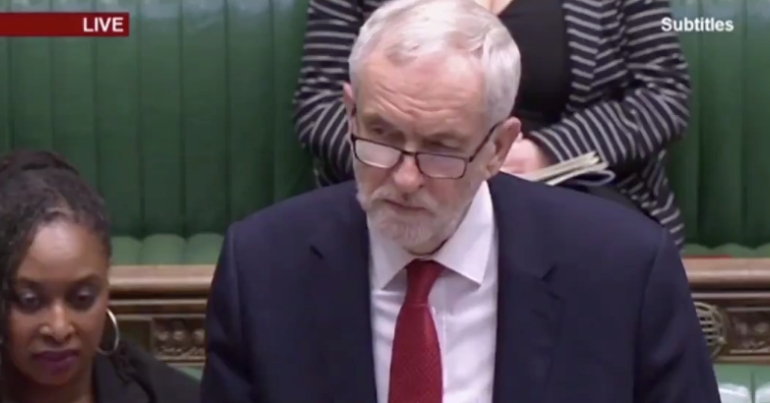 On 11 May, Jeremy Corbyn challenged Boris Johnson’s controversial coronavirus (Covid-19) speech the day before. In particular, he focused on how the government’s easing of restrictions would disproportionately affect working-class people the most, stressing that it would “make the inequalities in this country even worse”. He also signed a statement calling Johnson’s speech a “thinly veiled declaration of class war”.

I asked Boris Johnson today if he recognised that the #Covid-19 crisis has exposed grotesque levels of inequality within our society, and that yesterday's statement has given carte blanche to many employers to force people back to work. pic.twitter.com/CUY0cEDOiB

The response to Corbyn’s intervention from one corporate media hack, however, summed up everything that’s wrong with centrist politics today.

Liberal commentator Ian Dunt is notoriously hostile to Corbyn. And he really hoped the veteran peace campaigner would just go away after stepping down as Labour leader. But that didn’t happen. So rather than praising Corbyn’s advocacy for workers’ rights and safety on 11 May, Dunt attacked. Despite Britain now having the highest coronavirus death toll in Europe, it was Corbyn’s leadership that he, perhaps mockingly, called “terrifying and intense”. He even likened Corbyn to a “terrible dream”.

People quickly highlighted the absurdity of Dunt’s hate-filled rant, though:

Unlike the nightmare we are actually living right now…Corbyn asked the most sensible question and was the only person to definitively point out the disparity between the way the disease is affecting the rich and the poor.

But why let that get in the way of being snide eh?! https://t.co/ONxnpJJqJf

He has been asking all the pertinent questions for a long time.https://t.co/7VRU06Rti9

He was made useless by people like you Mr Dunt and the Blairite MPs who constantly briefed against him. So it’s thanks to you and them that this country has got Johnson. And no I’m not a nutter thank you very much. Just someone who believes in equality, fairness and kindness

Dunt is an anti-Brexit extremist who was once thoroughly excited about the failed ‘Change UK’ splinter group. He also seems, unsurprisingly, to be a fan of current Labour leader Keir Starmer (one of the centrists who helped to push Corbyn into a Brexit stance that some think played a massive role in Labour’s 2019 election defeat). In short, Dunt is one of those people who claimed to dislike Boris Johnson, but also delighted in seeing liberal wreckers undermine Corbyn’s electoral chances at every turn. His dangerous bubble of centrist extremism – a characteristic all too common in Britain’s mainstream media today – has arguably been a key part of falling trust in the media, while helping to put Johnson in power.

From the comfort of his liberal bubble, Dunt may think Corbyn was a terrible dream. But the reality is that Corbyn has been a silver lining in a nightmare that’s been unfolding in British politics. Because we’ve seen:

How many people would still be alive today if Labour elites hadn’t conspired with right-wingers and corporate media hacks to stop Corbyn winning in 2017?#LabourLeaks https://t.co/8XXXxQfMr3

It’s now more important than ever that we don’t let people like Dunt control Britain’s political narrative. Because by resisting democratic progress, he and his corporate media buddies have helped to perpetuate the Tory-led nightmare we’ve been living through for the last decade. They are not allies.

There are two key things progressives need to do right now. We need to loudly hold Starmer to account as he shifts to the right; and we must strengthen Britain’s unions – which are currently a vital asset to British workers. Only together can we put an end to this nightmare.