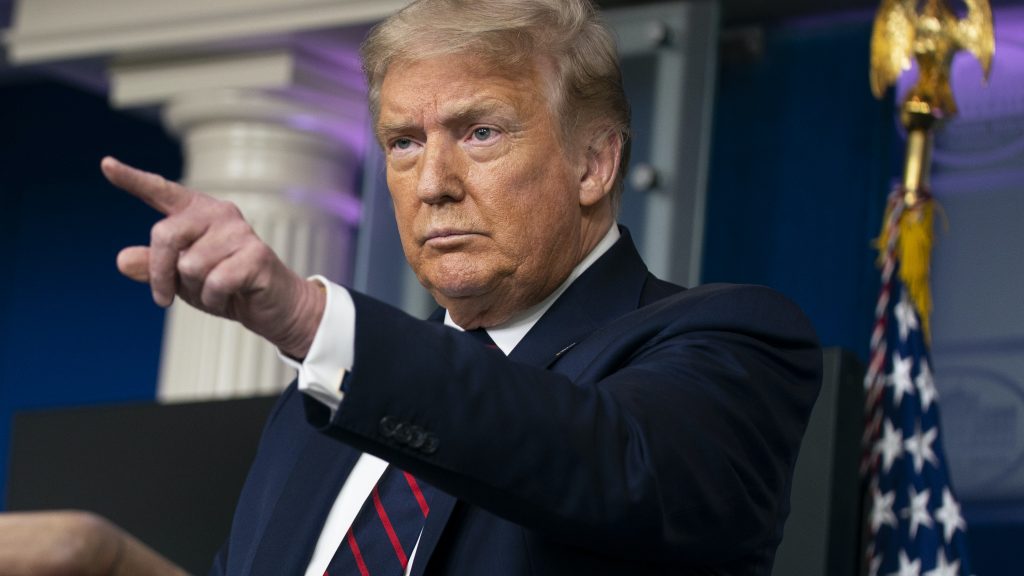 Twitter has said it will crack down on accounts and content related to QAnon, the far-right US conspiracy theory popular among supporters of Donald Trump.

Twitter also said it will stop highlighting and recommending tweets associated with QAnon.

“We’ve been clear that we will take strong enforcement action on behaviour that has the potential to lead to offline harm,” the company said in a tweet.

Accounts that are “engaged in violations of our multi-account policy, co-ordinating abuse around individual victims, or are attempting to evade a previous suspension” will be suspended permanently, according to Twitter.

The QAnon conspiracy theory is centred on the baseless belief that the president is waging a secret campaign against enemies in the “deep state” and a child sex trafficking ring run by satanic paedophiles and cannibals.

For more than two years, followers have pored over tangled clues purportedly posted online by a high-ranking government official known only as Q.

The conspiracy theory emerged in a dark corner of the internet but has been creeping into the mainstream political arena.

Trump has retweeted QAnon-promoting accounts and its followers flock to his rallies wearing clothes and hats with QAnon symbols and slogans.

Twitter’s move follows in the footsteps of Facebook, which in May also removed several groups, accounts and pages against QAnon.