There's more than a whiff of corruption hinted at in the ISC report on Russia. It stinks. - Canary 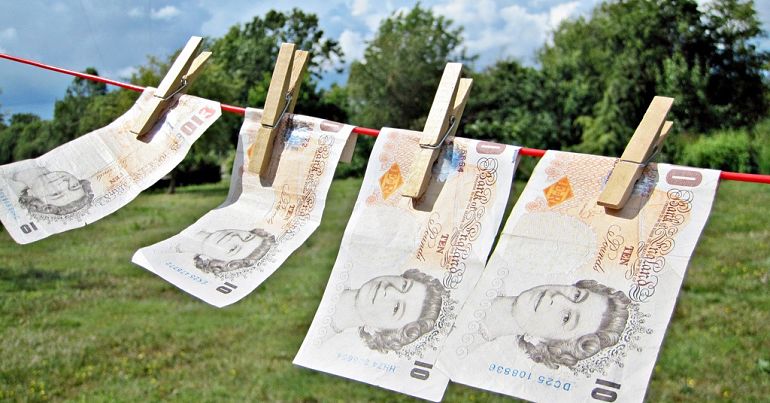 The Russia report published by the Intelligence and Security Committee (ISC) of Parliament briefly mentions money laundering by Russians and donations made by oligarchs to unnamed persons in the UK. It also refers to failure by government to investigate possible threats to UK democracy by Russia. However, what the ISC report fails to do is make the connection between those donations and how certain politicians have actively turned a blind eye to the alleged Russian threats.

In any other country this would be regarded as corruption.

In the preface to the press release that accompanied the report, the ISC states:

[The] Intelligence and Security Committee questions whether government took its eye off the ball on Russia, finds that they underestimated the response required to the Russian threat and are still playing catch up

The UK government have actively avoided looking for evidence that Russia interfered. We were told that they hadn’t seen any evidence, but that is meaningless if they hadn’t looked for it.

The written evidence provided to us appeared to suggest that HMG [the government] had not seen or sought evidence of successful interference in UK democratic processes or any activity that has had a material impact on an election, for example influencing results

The committee refers to “credible open source commentary” by Russia to influence the 2014 Scottish referendum on independence. But it adds that, had:

the relevant parts of the intelligence community conducted a similar threat assessment prior to the [EU} referendum, it is inconceivable that they would not have reached the same conclusion as to Russian intent, which might then have led them to take action to protect the process.

As to cyber interference in the EU referendum, the ISC committee claims:

Open source studies have pointed to the…the use of ‘bots’ and ‘trolls’ as evidence of Russian attempts to influence the process.

Though no details were provided, plentiful evidence is provided by a number of sources, as reported by The Canary.

The committee also refers to Russian business money ending up in the pockets of (unnamed) members of the House of Lords:

It is notable that a number of members of the House of Lords have business interests linked to Russia, or work directly for major Russian companies linked to the Russian state

‘The London Laundromat’ is how today’s #RussiaReport refers to the pumping of illicit Russian money into the UK economy. “It has been welcomed with open arms”.

His tweet produced some interesting comments, including allegations of corruption:

But Frank, Russian money has corrupted life and politics in London and beyond for decades. So many Tories and their parasites – lawyers, bankers, consultants, spooks, real estate, art dealers etc – up to their necks in it. A veritable feeding frenzy. This is not news, surely?

The ISC committee did get a little more specific about donations when it stated:

Several members of the Russian elite who are closely linked to Putin are identified as being involved with charitable and / or political organisations in the UK, having donated to political parties, with a public profile which positions them to assist Russian influence operations.

But it failed to name, let alone mention, the money paid by Russian or Putin-linked oligarchs to the Conservative Party. Or the friendship of certain oligarchs with the current prime minister. Or that the Russian ambassador hosted the launch of the Conservative Friends of Russia (later renamed the Westminster Russia Forum). Sergey Nalobin, who arranged the launch and whose father worked as a KGB general, was subsequently ‘expelled‘ as a spy from the UK.

Late last year, The Canary conducted a search of the UK Electoral Commission database, specifically on donations by just four Russia-linked oligarchs, and found that the:

total donations came to a whopping £2,578,909.38 (or £2,768.909.38 if including what appear to be additional payments by Lubov Chernukhin). Nearly all the donations went to the Conservative Party or individual Tory MPs.

But these payments were no aberration: openDemocracy claims that since 2010 the Tories received at least £3.5m from Russian ‘ex-pats’.

Add all this up and there is only one conclusion that can be reasonably made. Namely, that the Conservative government has over the years courted Russians and received substantial donations, possibly from laundered money. In return, Conservative politicians turned a blind eye to likely interference in UK politics, including the EU referendum, by Russian or Russia-linked sources.

There is more than a whiff of corruption. Much more.