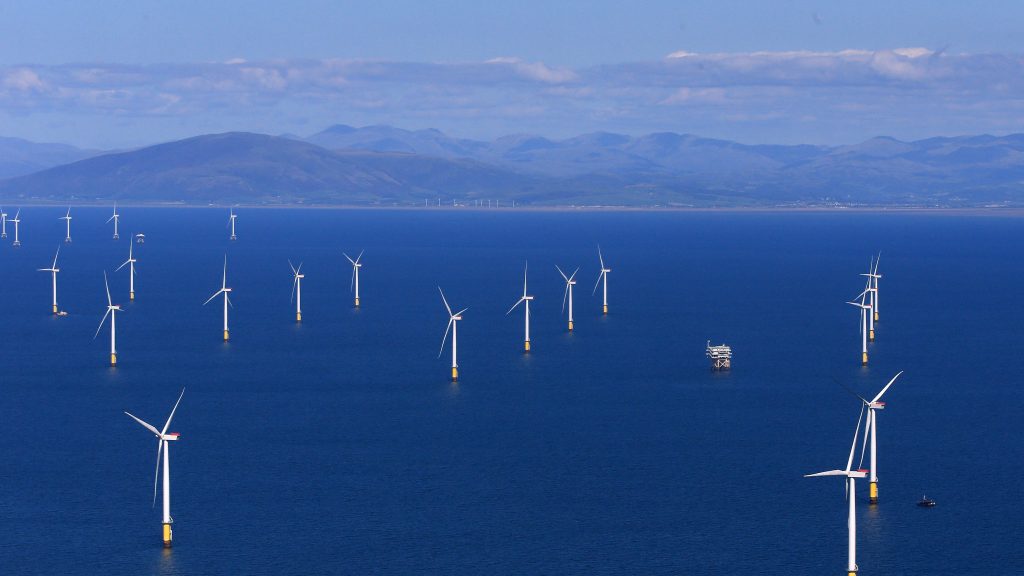 Britain should accelerate the roll-out of renewables so they generate two-thirds of electricity by 2030, government advisers have said.

The National Infrastructure Commission, which provides the government with independent advice on major long-term infrastructure challenges, has upped its recommendation for renewables in light of falling costs.

It now says Britain should aim to generate 65% of its electricity from renewables by 2030, an increase on its previous recommendation of 50% generation from the clean technologies by that date.

The commission said falling prices of wind and solar meant that upping the ambition for renewables, which make up around 40% of the system now, will not cost consumers more.

It will also provide long-term confidence in the economy at a “crucial time” and help the UK meet its long-term goal to cut greenhouse gas emissions to net zero by 2050, a new report by the commission said.

Renewables are now the cheapest form of electricity generation due to dramatic cost reductions in recent years, which have been greater than predicted in 2018 when the commission made its last recommendation.

It said the UK needed to act “sooner rather than later to tackle the climate crisis” and the government should support the conditions for growth to ensure a market-led recovery from coronavirus (Covid-19) in the power sector.

Reaching the 65% target will mean delivering 40 gigawatts (GW) of offshore wind, which the government has committed to doing, as well as 14-18GW of onshore wind, and 29-38GW of solar.

A new report from the commission urges the government to set out a pipeline of annual auctions in which renewables developers compete to secure contracts to supply electricity at an agreed price.

The pipeline should include estimated budgets for the amount of money available that offshore wind, onshore wind and solar arrays can all compete in, to give investors confidence and support the supply chain.

This will help higher quality, lower cost projects be developed, it said, and could deliver some short-term stimulus by creating more jobs in the sector.

Increasing the level of ambition is feasible as there is close to 32GW of offshore wind, 12GW of onshore wind and 9GW of solar in the pipeline, and renewables have been rapidly deployed in the past.

Attention needs to be given to the full range of local and environmental impacts of rolling out renewables, identifying and overcoming barriers, the report added.

John Armitt, chair of the National Infrastructure Commission, said: “The government should be credited for recent steps to encourage quicker deployment of renewables and for setting up successful mechanisms for encouraging private-sector investments.

“These latest projections suggest we can afford to go further, faster without hitting consumers in the pocket.”

The government was due to publish a long-awaited national infrastructure strategy for the development of important infrastructure earlier this year, but it was further delayed.

Armitt said: “The national infrastructure strategy needs to include a long-term policy on future energy that reflects these facts and helps deliver the green recovery we all want to see.”