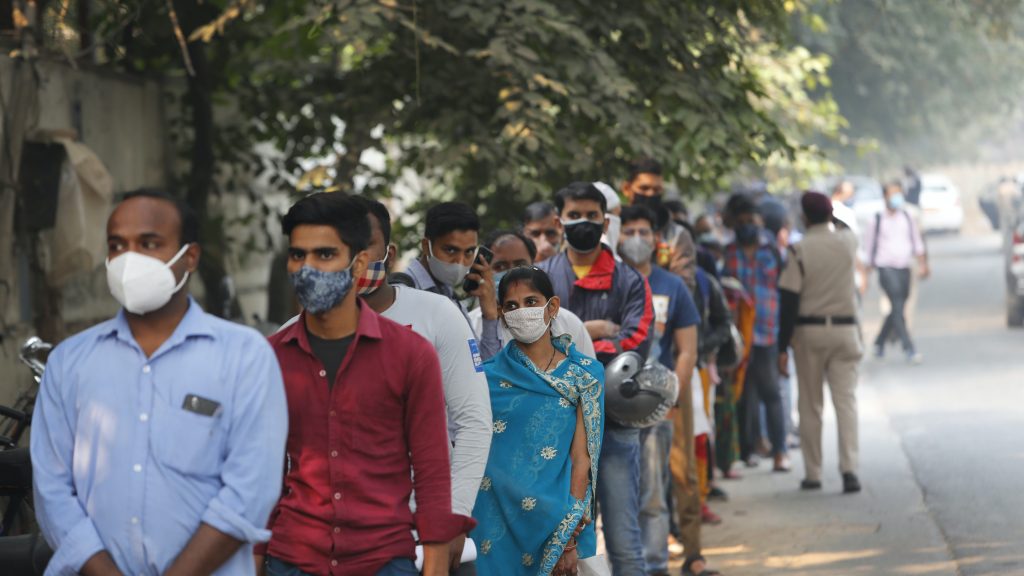 India has reported 45,674 new coronavirus infections over the past 24 hours, with the capital coping with a sharp surge of nearly 7,000 cases a day this week.

India’s tally of confirmed cases – currently the second largest in the world behind the United States – has exceeded 8.5 million.

The Health Ministry also reported 559 deaths in the past 24 hours, taking total fatalities to 126,121.

India has seen an overall steady dip in new cases after touching nearly 100,000 a day in mid-September.

However, the tally in New Delhi continues to hover around 7,000 a day after dropping to nearly 1,000 in September. The Indian capital also reported 79 deaths in the past 24 hours, the highest since June.

Delhi state health minister Satyendar Jain said that apart from aggressive contact tracing, targeted testing in shopping areas and other busy locations also has started. And authorities are reaching out to people through mobile testing vans.

The government has warned that the situation could worsen due to festival shopping crowds, coupled with the onset of winter and high air pollution levels.