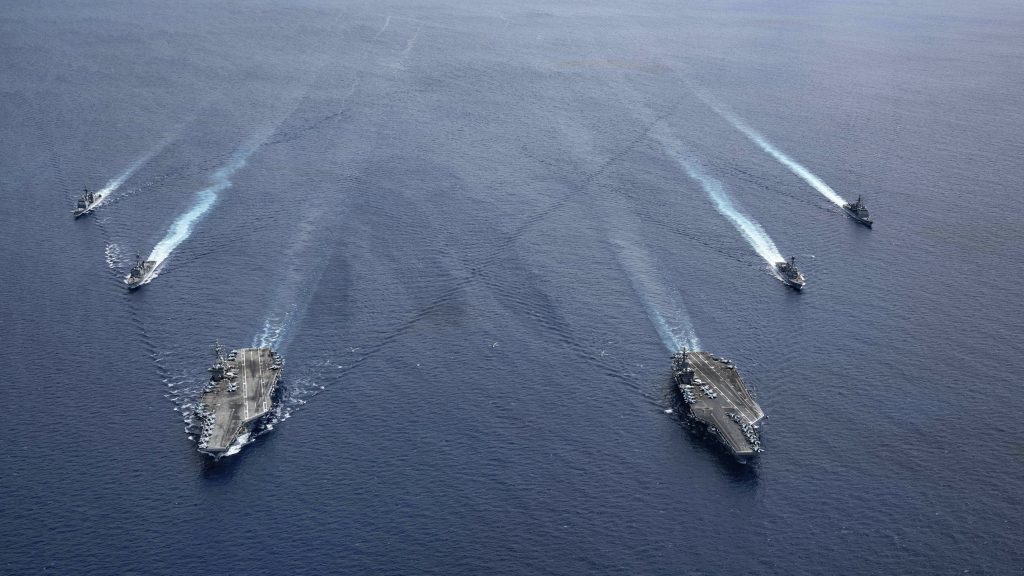 The Chinese government has accused the US of flexing its military muscles in the South China Sea by conducting joint exercises with two American aircraft carrier groups in the strategic waterway.

Foreign ministry spokesperson Zhao Lijian said the exercises were performed “totally out of ulterior motives” and undermined stability in the area.

Zhao told a daily briefing: “Against such a backdrop, the US deliberately dispatched massive forces to conduct large-scale military exercises in the relevant waters of the South China Sea to flex its military muscle.”

The US Navy said over the weekend that the USS Nimitz and the USS Ronald Reagan along with their accompanying vessels and aircraft conducted exercises “designed to maximise air defence capabilities, and extend the reach of long-range precision maritime strikes from carrier-based aircraft in a rapidly evolving area of operations”.

China claims almost all of the South China Sea and routinely objects to any action by the US military in the region.

Five other governments claim all or part of the sea, through which approximately five trillion dollars (£4tn) in goods are shipped every year.

China has sought to shore up its claim to the sea by building military bases on coral atolls, leading the US to sail warships through the region in what it calls freedom of operation missions.

Washington does not officially take a stand on the rival territorial claims in the region, but is closely allied with several of the claimants and insists that the waters and the airspace above be free to all countries.