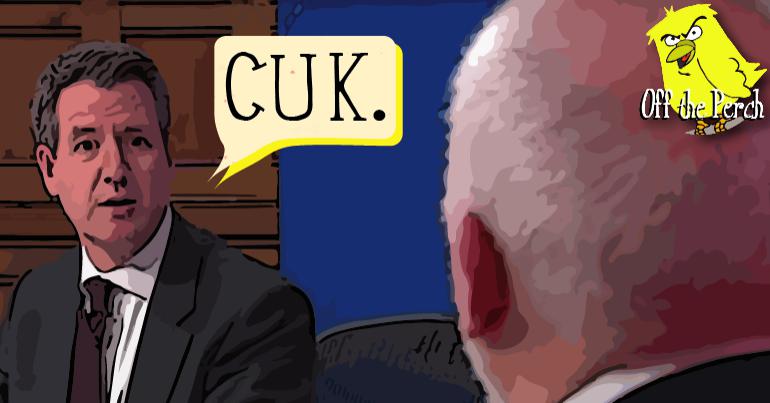 The Independent Group (TIG) has morphed into Change UK (CUK). Although it’s obviously inspired by France’s En Marche, it isn’t inspired by what that party did – i.e. win seats in an election.

For some reason, Change doesn’t actually want any change on that front:

Off The Perch caught up with Chris Leslie to ask him some questions:

OTP: So you’re called Change now. Wouldn’t the biggest change of all be holding an election?

CL: Definitely not. An election wouldn’t change anything.

OTP: It might change a few things. You’d probably lose your seat for a start.

CL: Yes, we’re all aware of the Labour and Conservative bullying campaign against us.

OTP: Are you describing rival political parties attempting to take your seats as ‘bullying’?

CL: Well how else would you describe it? We really want those seats. There shouldn’t be another election until we can outlaw grassroots campaigning altogether.

OTP: That would be a big change. Is that the only change you’re pursuing, or are there others?

OTP: How is that a change from your previous position?

CL: I wasn’t a Change MP when I argued for it before.

It could be that Change UK’s name change will be enough to convince people the party actually stands for change. Some people remain unconvinced, however:

Imagine founding a party called "Change UK", but it's made up of ex-tory and ex-NewLab types and literally just puts forward the same centrist and right wing policies that have dominated politics since the late nineties lmao #ChangeUK #Tinge #tig