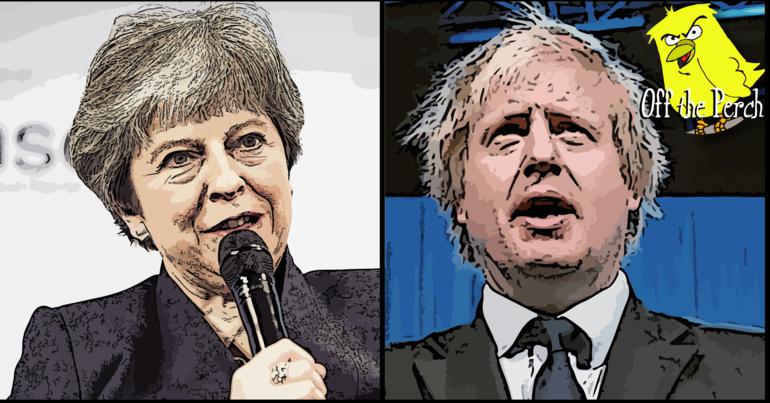 Following two years of dreadfulness, Theresa May will soon be gone. She might be the worst prime minister ever. But who will replace her? If the Tory membership has its way, we’re going to double down on the dreadfulness and elect Boris fucking Johnson:

Boris Johnson is likely to be Prime Minister in months, if not weeks. Let that sink in. https://t.co/6eFZoG2EEo

The public opinion of Boris Johnson is he’s a bumbling buffoon. The media’s take is he’s actually a political mastermind. The reality is, he’s an idiot who thinks he’s a genius pretending to be an idiot.

So how has he prospered?

Well it’s a mystery, isn’t it – that despite his wealthy upbringing, and despite graduating from Oxford University – he’s gone on to be massively successful in politics – despite constant, constant fuck ups.

Some media types explain this by saying:

Although it seems like he’s blundering from one catastrophe to another, he’s actually constantly raising his profile. It’s very clever, really.

A guy we met on the street suggested:

He’s immune to failure because he’s an establishment wanker. If he worked at Tesco, he’d be out on his arse. Because he works in politics, the powers that be have rewarded him with a string of increasingly lucrative newspaper columns.

Presumably, he has done something to warrant becoming PM, though, right? I mean – we can’t just elect an absolute fucking dolt because he really wants us to, can we?

Oh no – wait – we have done that before, actually – with like 95% of our prime ministers.