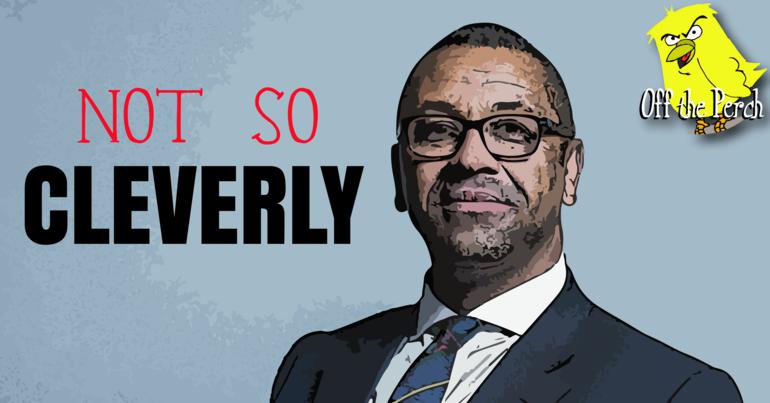 James Cleverly is well known on Twitter for saying things that draw his surname into question. Elsewhere, he’s basically unheard of. That’s changed now, as he’s announced a bid to become the next prime minister. As such, he’s drawn the attention of trading standards.

A spokesperson from trading standards said:

We probably should have got on to Mr Cleverly sooner, but we assumed his Twitter persona was a joke. How could one man be so consistently wrong about everything? How could one mouth fit so many feet?

Now that he’s running for PM, obviously we’ll have to take action. We can’t have politicians lying about what they’ll deliver. I mean – we do have that – but not this brazenly.

Trading standards offered some alternative names he could use. They included:

Despite always being wrong about everything, Mr Haddock has argued that shouldn’t stop him becoming the next Tory PM. As he pointed out:

Just look at my predecessors.

This is actually a good point. The only good point Mr Haddock has ever made, in fact. A fact which suggests the ‘Cleverly’ name may in fact have been cursed.