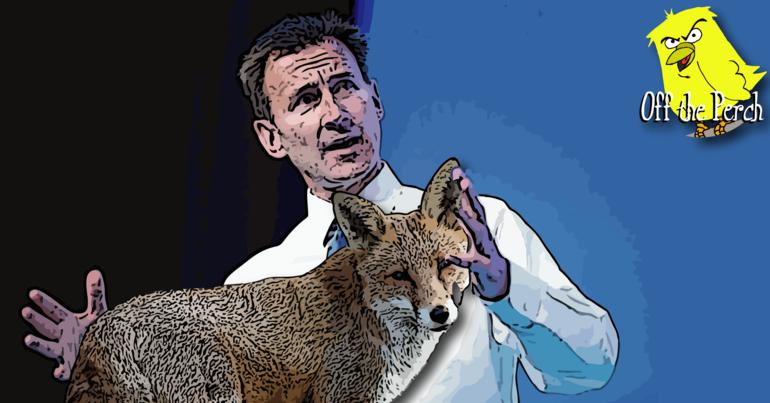 Or it did for about 45 minutes, anyway:

Jeremy Hunt backed and then immediately U-turned on fox hunting and people are very confused https://t.co/JQ7dYTUbj1

He’s now got a new idea. Realising he could never get fox hunting through parliament – and that it would make him less popular than the guy who managed the NHS from 2012-2018 – he’s proposed something slightly more achievable.

The Hunt becomes the hunter

In a speech to Tory members, Hunt said:

Look – we all know that fox hunting is a proud English tradition. I can’t get it through parliament, but I can do the next best thing – and that’s personally hunt down and strangle a fox myself!

The Tory members looked confused. An awkward Hunt ignored this and set off on his horse. As he isn’t really one of those rural Tory-types, he’d actually turned up on a Vespa. He’d also brought cats instead of hounds – all of which immediately scratched him and ran off.

Hunt spent the next several hours prowling around the supermarket car park he’d mistaken for the countryside. Although it did have some bushes around it, it didn’t have any fox dens. It did have some hedgehogs, however. Hunt found this out to his terror when he went in the bushes for a piss and found himself surrounded.

The would-be PM was found several hours later, having suffered a grievous prickling. His odds of becoming PM remain the same, i.e. non-existent to laughable.