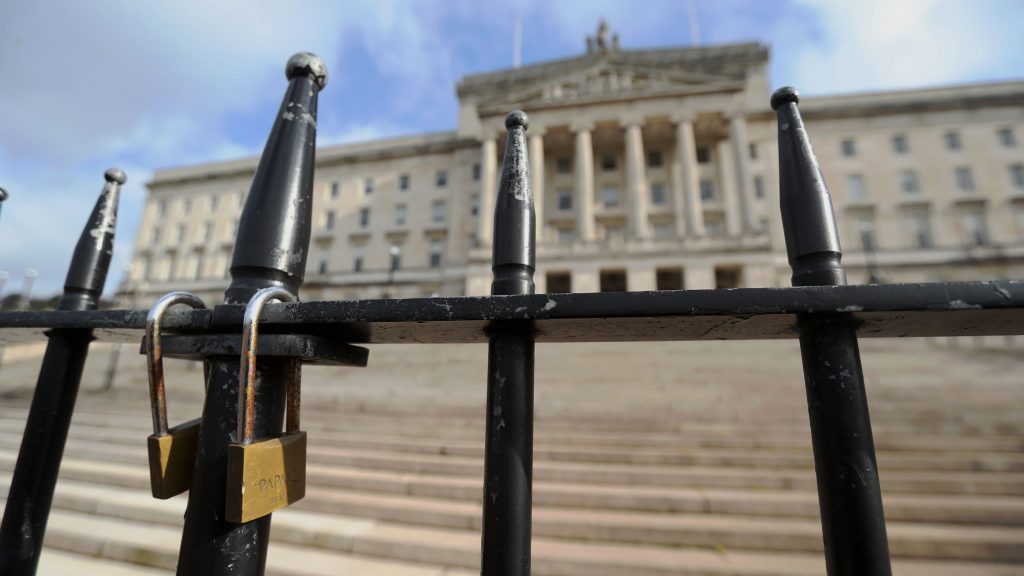 The UK’s elections watchdog has expressed concern about a government move to again delay calling an Assembly poll in Northern Ireland.

The Electoral Commission issued a statement after Northern Ireland secretary Karen Bradley tabled legislation to again push back reintroducing a law that would place a legal duty on her to call a poll.

“In a democracy, it is a serious step to continually defer elections”

An onus to call an election had been on the Northern Ireland secretary since the collapse of powersharing, but last year she moved to temporarily remove the provision, to provide space for the parties to reach consensus.

Bradley had already extended what was a March deadline to the end of August. She is now seeking parliamentary approval to move it further back to October 21, with the option of a further extension to January 13.

An Electoral Commission spokesman said: “We are very concerned about the Government’s proposed postponement of the requirement to call a Northern Ireland Assembly election.

“In a democracy, it is a serious step to continually defer elections.

“Parliament must ensure that the rights of voters in Northern Ireland are properly considered.”

The latest talks process at Stormont, which was established in the wake of the murder of journalist Lyra McKee in Londonderry in April, appears to have lost momentum, with negotiations showing no sign of delivering a breakthrough to re-establish devolution.

The process involving the UK and Irish governments and the five main Stormont parties is the latest in a series of as yet unsuccessful bids to resurrect institutions that crashed more than two-and-a-half years ago.

With the politically sensitive summer marching season approaching its height, a time period not considered conducive for striking compromises, the prospects of consensus emerging in coming weeks appear slim.

Over the last two months, there has been little evidence of any movement on key logjams preventing a return of Stormont, such as Irish language protections and the ban on same-sex marriage.

Bradley: “plan for all scenarios”

Bradley’s legislation is set to be debated in the Commons next week.

“I continue to believe a deal is achievable in the weeks ahead and I will do everything I can to make that happen.

“At the same time, it is my responsibility to plan for all scenarios and to ensure there are effective contingency measures in place.

“This Bill is necessary to ensure good governance and the continuation of public services in the event that the parties cannot come to an agreement before August 25.

“We should all encourage the parties to ensure it is not needed by restoring the Executive in the coming weeks.”

Labour: ‘a transparent attempt to stifle debate on key issues’

A group of cross-party MPs had intended to table an amendment to Bradley’s Northern Ireland (Executive Formation and Exercise of Functions) Act 2018 that would compel the UK government to legislate for same-sex marriage in the region.

But that move could be frustrated if the government succeeds in fast-tracking the Bill through the Commons without amendments.

“It seems to be a pretty transparent and poor attempt to stifle the debate on issues like abortion and equal marriage and restitution for victims of institutional abuse.”

“Not just to stifle the debate, actually, but to block any progress on them.”

The last DUP/Sinn Fein-led powersharing coalition imploded in January 2017 when the late Martin McGuinness quit as Sinn Fein deputy first minister amid a row about a botched green energy scheme.

The fallout over the renewable heat incentive (RHI) was soon overtaken by disputes over the Irish language, same-sex marriage and the toxic legacy of the Troubles.

Commenting on the UK government move, Irish minister for foreign affairs Simon Coveney said: “This step underlines the seriousness of the absence of the devolved institutions in Northern Ireland, and the urgent requirement for an agreement between the political parties on operating the institutions again.”