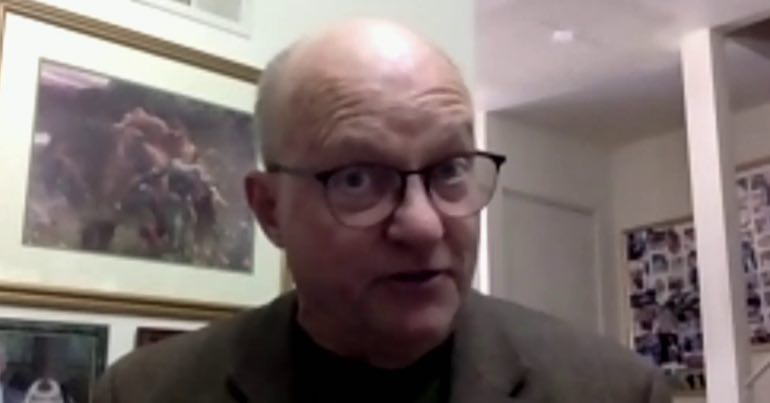 Former US army colonel Lawrence Wilkerson has criticised the Donald Trump administration and US political elites, calling them “cretins”. He went on to declare that the US under Trump is moving “backward”, away from democracy, and that a ‘takeover’ by intelligence agencies and other elites is increasingly possible.

Wilkerson is no radical progressive, though. Instead, he’s a self-professed ‘Republican’ who was a member of the George W Bush administration, serving as Colin Powell’s chief of staff.

The US is moving “very abruptly” away from democracy

Speaking to the Real News Network, Wilkerson points out that the history of US democracy is one of slow progression. He claims that the US was originally a country where only rich white males could decide how the country functioned. But after the Second World War, he argues, the country was “headed towards more democracy than not”.

But he says things are different today. He maintains that the current Republican Party is “causing us to move very abruptly in the other direction”. And he claims that:

As a Republican, Wilkerson argues that the US needs an “educated elite” to run it, along with a “well-regulated” capitalist economy and a “powerful labor movement”. But these ideas, he believes, have disappeared over the last few decades in the US. He says:

now all we have are these elites, these various elites, competing with one another to take over the rest of us.

On top of this, he insists that current elites aren’t good enough, calling them “cretins”. He observes – mentioning establishment Democrats, Republicans and businessmen in the same breath:

Look at [House speaker Nancy] Pelosi. Look at [senate majority leader Mitch] McConnell. Look at Trump. Look at any member of his cabinet. Look at the people who run our businesses today. My God, you deal with them. I deal with them every day. They’re cretins. They’re not well-educated. They’re just cretins out there for more and more filthy lucre.

The future of the US

Wilkerson’s opinion may seem bleak. But there’s still some hope. Because politicians like Bernie Sanders offer a way of stopping the slide into fascism and creating a more equal and democratic society. Sanders understands the plight of ordinary people who struggle to pay their college loans and afford healthcare. As a result, he has wide support, showing that these same people are listening to his message and want change.

In short, the dystopian takeover Wilkerson fears does not need to happen.