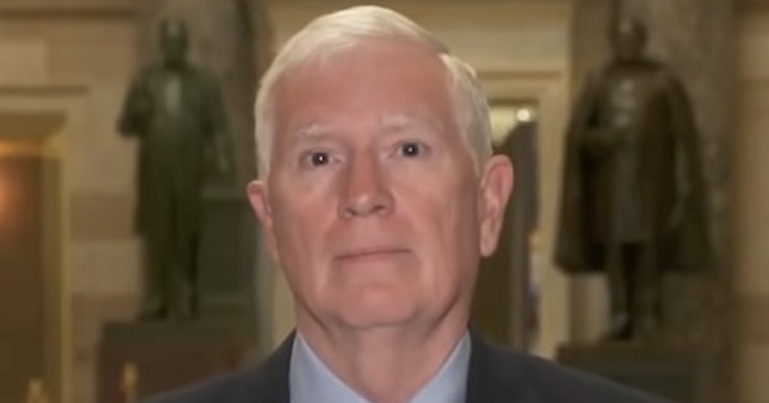 American member of congress Mo Brooks has claimed in a radio interview that Muslims have “great animosity towards Israel and the Jewish faith”. Brooks used this claim to criticise Muslim congresswomen Ilhan Omar and Rashida Tlaib. A clip of Brooks’ inflammatory statement, which has been circulating online, has caused outrage. And this isn’t the first time he’s provoked such a reaction.

"Muslims more so than most people have great animosity towards Israel and the Jewish faith. As you have more and more Muslims in the US, as they gain greater and greater influence in elections…you’re going to see more people like @IlhanMN, @RashidaTlaib." –@RepMoBrooks pic.twitter.com/Rov2Uufp3B

How to even respond to the statement that Muslims as a group, all 1.8 billion of us, have an animosity “more so than most people” towards Israel and the Jewish faith? I am a Muslim who has pushed for Palestinian liberation, opposes oppression by the Israeli government, and is also an ally to Jewish people. However, when it comes to politics, Muslims, like any other group of people, represent a diverse spectrum of views and levels of engagement.

As for Muslims being against “the Jewish faith”, this, again, remains an unfounded claim that only feeds into Islamophobic sentiment. Brooks’ comments have been described as “open bigotry”:

Open bigotry from a sitting GOP member of Congress but will get little coverage or outrage. Sigh. https://t.co/g8dIIxVxbQ

Also, if they are losing their minds over three Muslims in a body of 535, wonder what happens when there is 20 or more 😱 https://t.co/QwN9apFHUB

People were quick to point out that similar comments about other religious groups would not be tolerated:

Imagine if Tlaib/Omar had said Judaism was dictating policy in the GOP? We would (rightly) be talking about nothing else for the next few days.

But you’ll see no mention of Rep. Mo Brooks on the nightly news or on newspaper front pages. Ah, the double standards & the bad faith.

"Old white Christian men more so than most people have great animosity towards Muslims, women, POC, the LGBTQ+ community, and so on. As old white Christians attempt to maintain their influence in elections…you're going to keep seeing people like me." – Mo Brooks

White supremacy in the Trump administration

Many pointed out the irony of Brooks accusing Muslim people of antisemitism when he has, himself, quoted Hitler’s Mein Kampf on the congress floor:

Just a reminder that Mo Brooks LITERALLY READ FROM MEIN KAMPF ON THE HOUSE FLOOR, and then when the Alabama Holocaust Commission called him on it he ATTACKED THEM AND CALLED THEM SOCIALISTS. https://t.co/21NuqerHQk

Rep. Mo Brooks: "Growing Influence Of The Islamic Religion In The Democratic Party Ranks" Has Changed Conversation About Israel https://t.co/3UQ2wm66Wn

The guy who read from Mein Kampf on the House floor and consistently talks about a “war on whites” is now decrying antisemitism. Mo Brooks continues to be an embarrassment to my state. https://t.co/0jdhCfPT03

Since Donald Trump himself made grossly antisemitic comments only days ago, Brooks’ views, as a Trump supporter and Republican party member, come as no surprise:

In the wake of Brooks’ racist comments, people are calling for him to apologise, be censured, and even face removal from office:

We strongly condemn @RepMoBrooks' Islamophobic comments & demand that he retract them. He has yet to apologize for comparing Democrats to Nazis in March & for reading Mein Kampf on the House floor.

Add your name, demand Mo Brooks apologize for his words.https://t.co/eKKp2fCJjC

.@RepRobinKelly & @RepBobbyRush, please move to *censure Congressman Mo Brooks* for his hateful comments, which slander and threaten the lives of Muslim people across the United States. Do not let hate speech stand in the US Congress! https://t.co/PBdq7UDeHN

Mo Brooks should resign or be censured and removed from office. By force if necessary.

Doesn’t get any more racist than this.

Mo Brooks is a dangerous, deranged, White-Christo-Fascist-Supremacist. He wants to get rid of or subjugate women, black people, brown people, Jews, Muslims. Eject him now @SpeakerPelosi!

The entire episode does make you wonder: what will it actually take for people to finally admit the Trump administration is allowing white supremacist ideology to become increasingly mainstream?