A 'wholesale slaughter' and a mass razing of homes in Britain is the final straw. Enough is enough. - The Canary 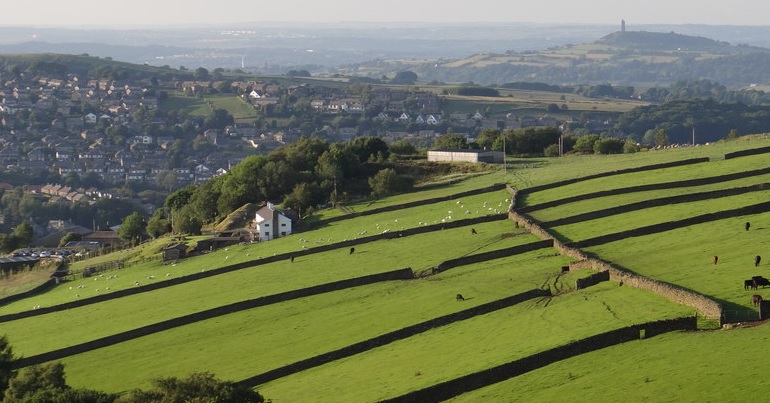 Correction: This article was updated at 11.30am on 26 May to make clear that Scottish Natural Heritage, not Natural England, reportedly issued the licences relating to beavers.

Here we stand, ravaged by a disease born out of our short-sighted and self-centred relationship with (other) animals. Here we stand too, threatened with even greater societal collapse due to a climate crisis that’s born of the same sort of relationship with the planet and its life as a whole. Yet still, still, we’re justifying maintaining exactly the same relationship, entrenched so deeply in our devotion to the principle that ‘the human comes first’.

Natural England’s unfathomable decision to allow the destruction of nearly 1,500 existing potential homes for bats and Scottish Natural Heritage (SNH) licensing a mass slaughter of the beaver population in an area of Scotland may be the latest illustrations of it. But cast a glance to any of the corners of our United Kingdom and you’ll find the same atrocious pattern repeating itself. Enough is enough.

A place to call home

The group HS2 Rebellion recently circulated a video on its Facebook page. In the clip, campaigner Matthew Bishop – who walked the HS2 route in 2019 with his mum to document the environmental damage it will cause – discusses the impact of HS2 construction on bats in the Kenilworth area.

Bishop asserts that HS2 did a survey that showed the potential for bat roosts in and around the planned HS2 line at sites in Kenilworth. There are four main woods in the area affected by HS2: Rough Knowles Wood, Birches Wood, Broadwells Wood and Black Waste Wood. Bishop shares a map in the video which appears to pinpoint dozens of trees in Broadwells Wood that have a ‘high’ potential for roosting and many more places with ‘medium’ or ‘low’ potential for roosts. A HS2 report, which it had to produce to support its application for a bat wildlife licence (HS2 has to have a licence to go ahead with work in the areas) said its surveys found eight species of bats in the Kenilworth area. It also states that the predicted impact of HS2 there would be the “permanent loss” of trees in the following categories:

approximately 800 of low, 584 of moderate and 107 of high potential to support roosting bats

The report also details the ‘mitigation’ HS2 has promised, to make up for the loss of the bats’ potential homes, such as putting up bat boxes and ‘habitat management” of the woodland that’s left which could create new homes for bats in the years ahead.

Bishop says that HS2 has been cutting out the trees in this area “as quickly as possible”. In response to a freedom of information request (FOI), Natural England told Bishop “that no bats have been encountered” during the works.

Bishop argues that the company should have finished work by early May as the bats’ maternity roosting period starts when the warmer weather arrives. In the FOI, however, Natural England told Bishop that:

There has recently been an extension in some woodlands to the first 2 weeks of May.

HS2 confirmed to The Canary that some felling of trees will be ongoing in the area too. It says these trees have been “treated” according to the licence conditions and so won’t have “features” that would support bats.

According to the Bat Conservation Trust, it is against the law in Britain to take, kill, or injure wild bats. It’s also illegal to intentionally, recklessly, or deliberately disturb them, including in their roosts. The Trust says damaging or destroying the places they use for breeding and resting is also a criminal offence, even if the bats are not present in the roost at the time – although it does appear there are some exemptions to this.

The Canary contacted HS2 for comment. A spokesperson said:

HS2 takes its legal obligations seriously, and all our ecology work is carried out in accordance with the law. Licences from Natural England ensure that we have the right safeguarding in place to protect wildlife species, including bats, and that all protections are met. Roosts which support maternity colonies of bats will not be felled within the bat maternity season.

All leading wildlife organisations agree that climate change is the biggest future threat to wildlife and habitats in the UK. By providing a cleaner, greener way to travel, HS2 will help cut the number of cars and lorries on our roads, cut demand for domestic flights, and help the country’s fight against climate change. We’d urge environmental groups to help us in getting people out of their cars, off planes and onto low-carbon, high speed rail.

However, most ‘leading wildlife organisations’ seem to agree that HS2’s destruction of so much of the natural world is not the answer to the climate crisis. Indeed, numerous wildlife trusts and charities produced a study at the beginning of the year that they claimed showed the scale of the destruction and ‘irreparable damage’ to wildlife sites and ancient woodlands it would cause.

We are aware of the ongoing clearance at Broadwells Wood and are closely monitoring the work to ensure there will be no negative impact on protected species, such as bats.

We take very seriously our duty to protect wildlife that is at risk of harm through HS2 works. Any work that [impacts] bats or other protected species can only take place under licence. Our bat wildlife licences forbid the destruction of hibernation bat roosts while they are in use, and qualified bat ecologists are required to check each tree for signs of bats before it is felled. This includes a detailed inspection of all holes and crevices which they may use.

NE staff monitor the activities of HS2 and their contractors. If a member of the public is concerned that a contractor is not fully compliant with the conditions of their wildlife licence, they should report their concerns to us so they can be fully investigated.

Meanwhile, on 17 May, the Ferret reported that wildlife campaigners believe SNH licensed the killing of around 100 beavers in Tayside – an Eastern region of Scotland – in 2019. The Scottish government granted the animals legal protection on 1 May 2019. The beavers began flourishing in the area in the 2000s after being wiped out country-wide by hunting in the 16th century.

As the Ferret reported, a 2017 survey by SNH estimated “there were about 450 beavers in 114 locations in the Tay and Forth river catchments”. So if the campaigners’ figures are true, that’s almost a quarter of the area’s population eradicated by farmers in a single year. Wildlife campaigner Ben Goldsmith accused the Scottish government of allowing a “wholesale slaughter” of the animals:

Slightly odd to see the Scottish Government spending a small fortune carefully cultivating “one of Scotland’s most fragile populations of mammals” in one place whilst simultaneously allowing the wholesale slaughter of beavers a few miles away on the Tay. https://t.co/PvqWJLwK4h

SNH will confirm the death toll in a delayed report. So far, thanks to an FOI, it has admitted that it granted 45 licences to farmers up to the end of 2019. Six were for dam removal only (which beavers build to create the right conditions for their homes), while the rest allowed shooting “as a last resort”, according to the Ferret. Responding to the claims on the scale of the killing, SNH said:

As we will shortly be publishing figures on the licences issued to manage the impact of beavers in 2019, any other figures are unverified

We have always been clear that licences for the culling of beavers is a last resort when other mitigation techniques are not possible.

Many farmers don’t like beavers, accusing them of ruining their farmland.

Bats make up around 20% of the entire global population of mammals. They also play a critical role in ecosystems. For example, they pollinate hundreds of plants, disperse seeds, and devour insects that could wreak havoc on crops.

Beavers, meanwhile, are one of the world’s species that we bestow the title ‘ecosystem engineers’ on. That’s because their lives – their behaviours and habits – sustain and maintain important parts of the ecosystems in which they exist. As Sierra magazine explained:

Yet Natural England is allowing HS2 to rip up areas of existing woodland that can provide potentially thousands of roosts for bats to raise their young. And Scottish Natural Heritage is allowing farmers to gun down vast amounts of Tayside’s beaver population. Of course, it’s not just these two species that UK authorities are sacrificing. Between 2013 and 2019, it’s suspected that farmers killed over 100,000 badgers with the blessing of the UK government. Again, farmers don’t like them because they say they are damaging to their trade.

Humans generally see all of these other animals’ lives as expendable because of our anthropocentrism. We tolerate their existence to a certain extent, we even place some value on it, but if it threatens any aspect of human life, we’re quick to see the sacrifice of their lives and needs as a necessity. If badgers interfere with a farmer’s ability to raise cows for slaughter, they can be killed. If beavers make farmers’ land less functional, they can be done away with too. Should bats’ homes and a high-speed rail for humans be in conflict with each other for existing space, high-speed rail takes priority.

Anthropocentrism is the foundation on which we base our relationship with the natural world, and our decisions regarding it, as wildlife journalist and author Dr Adam Cruise argues. Now, tens of thousands of years into human civilisation, we can see where that foundation has got us: the brink of mass extinction. Other animals are going extinct at an alarming rate and as they sustain the ecosystems on which humans depend, ultimately we will go extinct too.

But it doesn’t have to be that way. We don’t have to blindly follow our anthropocentrism into the abyss. We can change the way we view ourselves and our relationship with the rest of the living world. We need a radical shift. Cruise says we need:

a broader, more inclusive overall ecology that supports the survival and flourishing of all living beings that include plants, wild animals and human beings.

Not killing other animals and stealing their existing homes – because they don’t suit our anthropocentric whims – would be a good place to start.