Is modern slavery the reason behind the Leicester lockdown? - The Canary 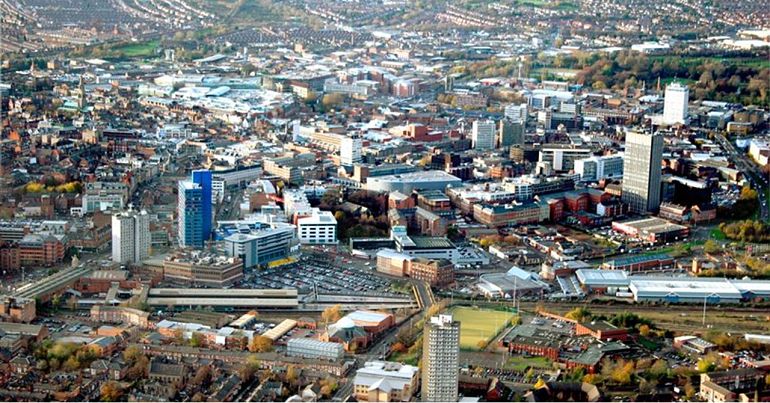 Last week, Leicester saw soaring rates of coronavirus (Covid-19) cases, and enforced a local additional lockdown, an unprecedented move in an already unprecedented time. As a moderately sized city, not massively populated, it seemed a strange place for an outbreak centre. Many were quick to point the finger at the high number of BAME people living in that area, claiming there are large extended families living in small quarters and lacking the wherewithal to social distance. However, if that was the case, areas like Birmingham and East London would surely be experiencing an even higher rate of affected people. However, those cities are not even at risk of a local lockdown. What, then, sets Leicester aside from other cities?

From the onset of the lockdown, it was clear that protecting the economy was more important than citizens’ wellbeing. From the NHS having to rely on public donations to protect healthcare workers with PPE, to the government cutting school lunch vouchers for 1.3 million children over the summer holidays (until footballer Marcus Rashford stepped in), the lives of many people were put at risk for the sake of cutting costs. And now, emerging evidence has shown there could be a darker reason behind the skyrocketing illness rates, namely modern slavery and human trafficking. Home secretary Priti Patel called for the National Crime Agency to investigate the clothing brand Boohoo, after claims that workers at a supplier in Leicester were being paid only £3.50 an hour, which is less than half of the minimum wage for most.

Founded by Mahmud Kamani, Boohoo is an online-only clothing retailer, which also owns Nasty Gal, MissPap, Pretty Little Thing (run by Mahmud’s son Umar) and Oasis. Boohoo made £92.2m in pre-tax profits in the year to 29 February. Since lockdown began, the company says that warehouse staff “have adapted to [a] completely new way of working”. However, complaints date all the way back to early April, as workers protested being forced to meet their targets despite allegedly not being able to observe social distancing measures.

Now, even more reports have emerged of the appalling conditions that the workers are facing. The Financial Times has reported that workers were forced to come back to work even after showing Covid-19 symptoms, and while on the government-sponsored furlough scheme, told that they were not eligible for the government support unless they showed up. An undercover report by the Sunday Times saw a worker allegedly being paid £3.50 an hour in a working environment which did not adhere to the hygiene or social distancing guidelines. The Daily Mail interviewed workers who reported not being given protective equipment such as masks, although government guidelines only allow factories to stay in operation if they follow safety protocol. In the wake of these reports, Boohoo saw its share value drop by over £1bn, claimed it was not aware exactly who was running the facility that was supplying its clothing, and promised to investigate.

Although the Boohoo-linked premises is unlikely to be the sole cause behind the outbreaks in Leicester, it could be an indication of a wider culture of poor treatment of manual workers in the UK. Leicester is home to approximately 1,500 garment manufacturers, and made up a quarter of the textile factories caught paying their workers less than minimum wage. The Office for National Statistics includes low wages as labour exploitation, one of the five types of modern slavery. As for July 2018, 136,000 people across the UK were estimated to be victims of modern slavery.

The #PayUp movement, which has gained popularity over the past few weeks, calls upon big brands, which have cancelled orders worth over $2.8bn, to pay factories in Bangladesh what they’re owed. Brands being targeted include Asda, Primark and Topshop among many others. Currently, many are refusing to pay for cancelled stock, or forcing the factory owners to accept ludicrous discounts, leaving 4.1 million factory workers at risk of starvation and homelessness. It’s interesting that a very similar scenario is being played out here in the UK, where cheap labour can also be found.

Poor wages and working environments are not just ethical issues. There is a direct link between poverty and the coronavirus. Workers who are being paid less are less likely to be able to afford to work from home, and are more likely to be living in close quarters with others. In addition, they are more likely to suffer from asthma, diabetes, and heart disease, all of which make a person much more vulnerable to succumb to coronavirus.

The coronavirus pandemic has spread around the world, but not everyone has been affected equally. Being able to adhere to social distancing guidelines, and practice hygienic measures such as regular handwashing, sanitising, and wearing protective equipment, has become a privilege that not everyone can afford. Although there are a complex series of factors that contribute to coronavirus spikes, modern slavery could very well be one of them.