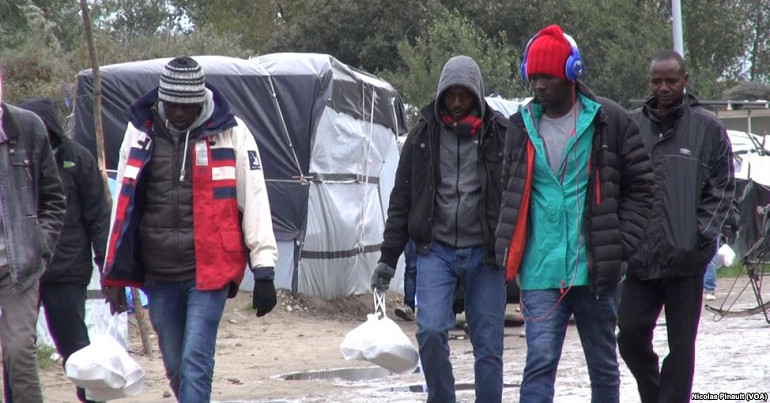 Somewhere in Sudan, in the latter half of the 1990s, a warrant was issued to arrest and charge one Gamal el-Din Khougali with conspiracy and crimes against the government. The successful businessman and political activist’s ‘crimes’ were organising awareness campaigns and producing material critical of the now ousted dictatorial government of Omar al-Bashir. It wasn’t Gamal’s first arbitrary arrest, but was one that carried with it the potential of execution.

The informant that was placed outside his home in Khartoum was an admirer of Gamal’s efforts. That fateful day, the informant voluntarily let slip that agents of the state were to arrest Gamal at midnight. Gamal packed all their valuables, from gold to family heirlooms, in a small bag, and inconspicuously wore his sportswear. He jogged to one of the busier streets of Khartoum where a comrade picked him up. His wife, Asma Masaad, had her sister pick her up, with her four children and just enough luggage to not arouse suspicion. The rendezvous point: Khartoum International Airport. Destination: London. Mum and dad had managed to evade capture.

In London, my parents had to start from scratch. They successfully managed to make a living and contribute to society, all the while raising four children, the eldest of which was 9. In addition, my father was part of a team that oversaw awareness campaigns in Sudan via radio; the revolution had to go on. Once in Britain, our family had to acclimate to the new reality. Weeks prior I was attending an Arabic public primary school, dreading English class where my patient yet disciplinarian teacher forced me to write from left to right. Now, I was enrolled in an English school where left-to-right writing was the norm. The fact that this was the only trauma I remember from those days speaks to the love and shelter my parents gave us.

My coming-into-being as a politically conscientious person somewhat took place in the UK. Up until recently, and to a pestering degree today, the legitimacy of my political existence is undermined by the concept of ‘Britishness’. This incantation, which turns the otherwise tempered of us into a confused, indignant frenzy of hate, is commonly cast in mainstream media outlets. It’s a term that I am now certain carries no real substance. Nonetheless, it under-rides any critique of Empire, immigration, or any controversial political topic. Simply put, if the seemingly British Afua Hirsch is blasely asked “why do you stay in this country” on mainstream media platforms because of criticism she expressed of Britain, how can any refugee, asylum seeker, or political evacuee of colour dare blaspheme and criticise Britain?

When one is pressed to explain the meaning of Britishness, after a couple of moments of verbal fumbling, the answer is usually along the lines of “they need to integrate into society, and not create exclusionary groups”. To that end, how can someone who is dispossessed of an autonomous political existence exist in a society where their being is politicised? More than disenfranchising, the term Britishness becomes exclusionary and places those excluded in a politically/socially precarious situation.

Traditionally, to downplay the precariousness of the asylum seeker’s political experience, the tactic of ‘coloured faces in high places’ is employed. As if Rishi Sunak or Priti Patel represent the entire historic and experiential corpus of all refugees’ political expressions. This tactic has the opposite effect; take Patel, for example, who has condemned the Channel crossings as “appalling”, “unacceptably high”, and “shameful”, while Sunak ‘sympathises with the frustration’ of people’s indignation. No meaningful input whatsoever, perhaps even exacerbating the awful immigration rhetoric, to the point where major media networks are reincarnating a depraved new form of human zoo watching.

And now, a Sudanese man, 28-year-old Abdulfatah Hamdallah, has died trying to cross the Channel to the UK. Even after the director of Detention Action warned Priti Patel of this exact outcome should she continue her “toxic policy”, among other warnings.

There is nothing resembling humanity in the UK’s current immigration policy, which is an amalgamation of hate speech, militarisation, and the disenfranchisement of immigrants. I think with the drowning of this young Sudanese man, who was perhaps enticed with ‘the grass is greener’ and purported pseudo-humanism of Great Britain, the Conservatives have lost their final shred of moral authority.

Knowing this now, I wonder if I were in the same situation today that my dad was in 20 years ago, would I take my chances with the Sudanese intelligence apparatus? Or risk death to get here only to be featured in Nigel Farage’s new series of Migration Survivor? I think there was an episode eerily similar to this ultimatum in Black Mirror, or at least there should be. To that end, I think I’d take my chances with the Sudanese intelligence apparatus – at least they attribute human value to my life.