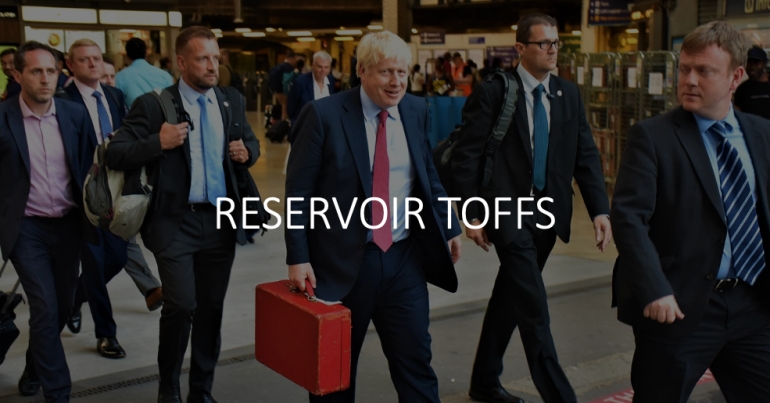 In 2015, David Cameron promised stability versus a “coalition of chaos” from Ed Miliband. Well, five years, three governments, a global pandemic, an economic crisis and a Brexit later, I’m calling bullshit on that. The true coalition of chaos is the coalition of establishment interests. The establishment press, government and the corporate class is in lock-step, operating as a cartel. Together, they are looting the country, while pumping the electorate full of divisive, confusing and hateful propaganda as distraction.

The Coalition of Chaos

People continue to ask me why the government can’t seem to deliver a single thing right. And my answer is always the same:

Because that’s not what they’re here for. Boris Johnson isn’t running a government, he’s running a cartel. For him and his cronies, government has one job: to funnel contracts, subsidies and tax cuts to their peers.

Government ministers have stopped appearing in any media where they might face challenge. And outlets like the BBC and others have simply become compliant mouthpieces. BBC political editor Laura Kuenssberg and her ITV counterpart Robert Peston pump out messages from ‘senior government sources’ without challenge or verification, dutifully promoting the agreed lines of the day. The health secretary can appear on the Andrew Marr Show at the height of the coronavirus testing scandal and lie with impunity, unchallenged by the host.

The institutions that should be holding government to account are instead protecting them. And the results are everywhere. We have ended up in a society where the rules only apply to those outside the cartel. It’s one rule for us, and another for them.

One rule for me, another for you

While ordinary citizens face fines for breaking lockdown rules, Dominic Cummings can break them with zero consequences. Tax evasion costs the Treasury £90bn a year, while benefit fraud costs just £2.3bn a year. And yet the cartel has hounded tens of thousands of sick and disabled people – literally to death – to recoup puny welfare cheques, while ignoring tax evasion altogether.

When the government brought in the ‘rule of six’ limit, Michael Gove took an urgent weekend meeting to ensure that grouse shooting and other hunting was exempt. As one letter to the Financial Times puts it:

If I understand the UK government’s rule of six correctly (Report, September 12), it is illegal for seven children to feed ducks but legal for 30 men to shoot ducks.

While corporations have received massive support packages from the government, people are being left largely to fend for themselves. In every battle, the cartel protects itself.

The government won’t extend the eviction ban because it’s here to serve landlords. It won’t bring in Universal Basic Income because that would make working people less likely to accept poverty wages and poor working conditions. It won’t support people working from home to reduce the spread of coronavirus because commercial landlords would lose out. It won’t innovate new ways to learn, teach, trade and socialise because it would risk the fortunes of those who benefit from the status quo.

We are all being held back to protect the vested interests of a privileged few. And it’s no accident. The entire media and political class rallied to prevent a Corbyn government, precisely because it would have broken this system of privilege.

A government that doesn’t believe in democracy

We now have a government that doesn’t believe in democracy. Weird, considering the amount of time they spend fetishising it with monologues about “the will of the people”. But when Johnson and his consigliere Dominic Cummings talk about democracy, they mean something very different to us.

What does that mean? Well, take Apartheid South Africa. It behaved as a democracy towards white people, but not Black or Brown people. This made it an apartheid state, not a democratic one. The same can be said of Israel today.

A democratic state guarantees equal rights, liberties and responsibilities to all its citizens. They are universal.

But for Johnson and his motley crew of carpet-baggers, democracy and its benefits only exist if held exclusively by them. They see the extension of rights or opportunities to those outside their circle as an attack. Other people getting rights means limits being placed on their privilege. In short, when you live your life with such an excess of privilege, equality can look like oppression. And that hostile attitude to the universality of rights, liberties and responsibilities is at the heart of the current crisis.

The Johnson government and its supporters all share this warped view of democracy. And there’s a word for people who advocate limiting the benefits of democracy to certain groups based on class, ethnicity or other arbitrary distinctions. They’re called fascists.

It’s not about a uniform, or a salute. It’s about the splitting of society into those worthy and unworthy of the benefits of democracy. And this is the fight in which we are now engaged, whether we like it or not. We are fighting fascism. We are fighting people who believe rights, liberties and responsibilities should not be equally applied across our society. We are fighting the dismantling of our welfare state, our public health service and our rule of law. This is not about one or two men in Westminster. This is about tackling an entire movement predicated on turning back the clock on any and all progress toward making the UK a more equal, just society. We’re not fighting Boris Johnson, we’re fighting the entire cartel, its minions, and its useful idiots.

And that fight starts inside each of us. It starts with us accepting where we are, because we don’t have time for denial. We must learn to organise again, to protest again, to become actively engaged stakeholders in this democracy again. And we must fight together like our lives depend on it. Because they do.

This is not the moment to look over our shoulders for the cavalry to come. It’s not coming, because we’re it. We are the cavalry. We are here at this critical moment in human history, and it is on us. So wake up, and fight.