Echoes of Afghanistan: We need to talk about the UK troops in Mali - The Canary 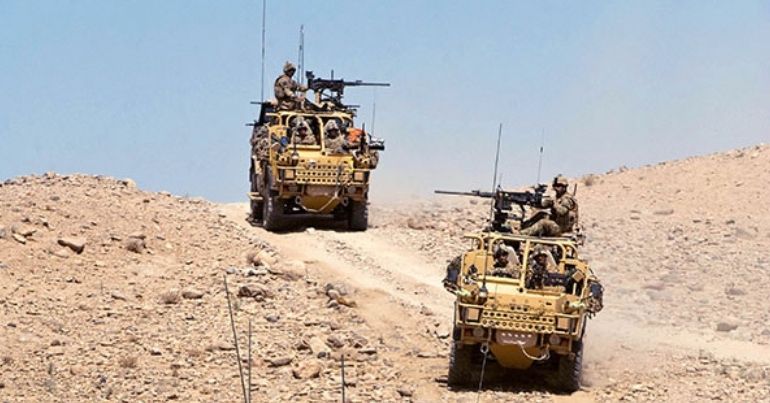 Over 300 UK troops have been deployed to Mali under a UN mandate. The situation is volatile, the mission is confused, and serious questions have been raised about equipment. Yet very little had been said in the press. The troops were deployed without much fanfare and the UK media has said remarkably little about the mission

The conflict in Mali has been ongoing since 2012 with the French – a former colonial ruler – intervening militarily in 2013. As of December 2020, 47 French soldiers had been killed. It is a perilously complex situation that began with a northern Malian separatist movement – including jihadist allies – opposing the central government based in Bamako, southern Mali. Coups occurred in 2012 and 2020.

Ironically, the fighting was fuelled partly by foreign intervention in Libya, with large quantities of arms taken from Muammar Gaddafi’s arsenals making their way south. Around 200,000 people were said to be displaced in 2019, a situation exacerbated by droughts. Among the most volatile areas are the central regions of Timbuktu, Mopti, and Gao.

Beyond this basic fact, the precise details of the incident are contested. The French claim they were targeting jihadists as part of the military operations they have been running in the country since 2013. Human Rights Watch reported that locals in the area claimed the bomb killed between 19 and 30 people who had been attending a wedding party.

“Suddenly, we heard the jet’s noise, and everything happened quickly.” – 68-year-old man from an area in central #Mali hit by a French airstrike. 19 people who local residents say were civilians died.
The allegations need to be promptly investigated. @hrw https://t.co/mCT9HpVgai pic.twitter.com/zTQoLrnLaz

Both the French and Malian militaries have since announced investigations into the incident which strongly echoes similar bombings in Afghanistan over the last two decades.

In a report on 21 January, Human Rights Watch conflict researcher Jonathan Pedneault said in a statement:

Serious allegations that any civilians were killed in airstrikes need to be promptly investigated to determine the legality of the strikes under the laws of war. Malian and French authorities have an obligation under international law to ensure that a credible investigation is conducted thoroughly and impartially.

On 4 December, the British Army detailed its own deployment to Mali in a blog on its highly-active Medium page. Under a UN mandate, 300 troops from the Light Dragoons (a cavalry unit) and Royal Anglians (an infantry regiment) would deploy as:

the basis of the task group comprising soldiers from a variety of regiments with a wide array of skills, from bomb disposal experts to drone operators and a state-of-the-art field surgical team.

According to the army, “combat is not the objective of the deployment”, but:

The Long Range Reconnaissance Group will perform a crucial role within the UN mission, conducting reconnaissance and patrol tasks, launched from the UN camp in Gao, to gather intelligence and engage with the local Malian people. Information gathered will help improve the UN Mission Commander’s understanding of the situation on the ground and enable the mission to respond to threats to the people of Mali more effectively. This is not a combat operation, nor is it a counter-terrorism operation.

In the first instance, defence secretary Ben Wallace claimed as recently as August 2020 that the UK’s main interest in the region is counter-terrorism:

Mali and the Sahel, and indeed West Africa, is very important as the growth of extremism and terrorism across the African continent should worry us all. What happens over there has a reach back to over here, and to our friends and allies on that content. That’s why we’re monitoring the developments in Mali very closely.

For example, if it actually is about counter-terrorism, is military deployment an effective response? University Of Edinburgh international relations scholar Joe Gazeley argued otherwise in December 2020:

This is a difficult argument to make, as there is no clear link between rebel groups in Mali and terrorist attacks in the UK, or even in France. It appears that, if anything, the French deployment to Mali has made France significantly less safe.

And if the Mali mission isn’t – as the army itself claims – about terrorism, then what is driving the deployment?

Gazeley asserted in the same piece:

The key factor in the current deployment appears to be the need to demonstrate, post-Brexit, why the UK is still a valuable defence partner and why it deserves to maintain its permanent seat on the UN Security Council.

It remains to be seen which rationale is being followed. But the sense of confusion – politicians saying one thing, the military saying another – harks back to the Iraq and Afghanistan wars. And that’s before we get to the equipment issues.

In another echo of recent conflicts, both the type of vehicles being used and the availability of air support for UK troops have been called into question.

In early August 2020, it was reported that a 45-strong SAS unit had deployed to Mali to carry out an assessment of the security conditions ahead of the main deployment.

In the same article, concerns were raised over plans to use two Afghan-era vehicles: the lightly armed, open-topped Jackal and a smaller number of the more heavily armed Foxhound. The Mastiff vehicle, designed to counter the improvised explosive devices (IEDs) which killed so many troops in Afghanistan, were reported in the same piece to be being sold off.

A recent MOD tweet also claims that the lightly-armed Coyote vehicle has been deployed:

Having deployed to Mali, soldiers from @RAnglians and @LDLightCav familiarise themselves with the surrounding areas of Camp Bagnold using Jackal and Coyote vehicles. The troops are part of Op Newcombe, the UK's support to @UN_MINUSMA in #Mali. 🇲🇱 @UNPeacekeeping pic.twitter.com/ZmxszPPEZQ

We seemed to have learned very little from our early experience in Afghanistan. We should be deploying Mastiff. Granted, it is not as fast as the Jackal, but it will offer more protection against IEDs.  No one has been killed in a Mastiff.

IEDs are in use by insurgents in Mali.

Using Jackals in a reasonably benign environment is fine –and this isn’t Aleppo, though there is a danger that commanders on the ground will be caught out, and I anticipate casualties.

The same report carried comments by the anonymous senior officer warning that air support was extremely limited, and that the three Chinook helicopters in theatre would not be used to extract UK casualties. UK Chinooks have been deployed since 2018, though they are not part of the UN mission.

The other issue is medivac. These extremists are very active and they are hitting both UN and French forces hard.

We have three Chinook helicopters in Mali, but they are engaged with supporting the French mission and will not be used to medivac injured British soldiers. And there will be both injuries and fatalities.

We must rely on Romania to supply medivac trough its Russian MI8 helicopters. My concern is we find ourselves with the situation we faced during the initial stages of Afghanistan where there simply weren’t enough helicopters.

It’s not unusual for the military to lobby for more equipment through anonymous quotes to the right-wing press or contacts in Westminster think-tanks. But the question still remains, as it did in Afghanistan, of how a lack of air support will affect casualties.

A Somalia in the making?

The deployment to Mali echoes that in Afghanistan, but also the 1994 deployment to Somalia made famous by the 2001 movie Black Hawk Down.

The US was heading a UN mission to the east African nation when, following a disastrous raid on a local warlord, two helicopters were shot down. Images of the bodies of US troops being dragged through the streets were later shown on TV. Hundreds of Somalis and 18 Americans died in the ensuing battle.

UK troops have been sent – apparently under-equipped and with confused aims – into what some are calling the UN’s “most dangerous mission“. Yet surprisingly, given the parallels with the Mali operation and recent military disasters, very little is being said in the media.