The witch hunt has come for Ken Loach. They'll have to come through us first. - Canary 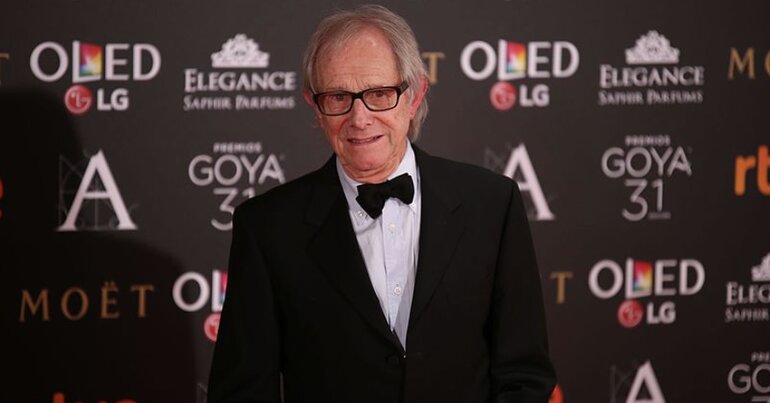 First, the media and political opportunists tried to convince us life-long anti-racist Jeremy Corbyn was Hitler-in-waiting. Now, life-long anti-racist Ken Loach is being attacked by the same witch hunt. But after several years of the fraudulent weaponisation of antisemitism to achieve political objectives, the left is done. You come for one of us, you come for all of us. And that includes Ken.

The anatomy of the witch hunt

The witch hunt has a standard play after it picks a target. First, a person’s social media and public history is combed. Then a fabricated ‘controversy’ is constructed. This is amplified by the press in order to create a sense of panic. And even if the truth is established later, the witch hunt doesn’t care. People distance themselves from the newly blacklisted individual, not wanting to be tainted by association. And an effective opponent to racism, apartheid and inequality is hobbled.

Organs like the Jewish Chronicle seem to exist only to character assassinate the political enemies of Israel and the Conservative party. The litany of libel losses by this rag is testimony to its total lack of veracity. It lost two major libel cases in the last year alone. In October, the JC was forced to pay “substantial” libel damages and publish an apology to Nada al Sanjari, a school teacher and Labour councillor. The JC had claimed she’d launched a vicious and antisemitic protest against Luciana Berger MP. This never happened.

And just months before, in January 2020, the Jewish Chronicle apologised to Labour activist Audrey White for libeling her. The JC admitted on its website it had published “allegations about Mrs Audrey White” which were “untrue.”

The problem is, as the evidence clearly indicates, there is a pattern here. Baseless accusations from pro-Israel activist groups or political opponents of the left are amplified by the press into a moral panic. The facts may well come out later, and in almost all cases. But the damage has long since been done. And the hostile press never reports these libel losses at anywhere near the volume it reported the allegations.

The whole point is to keep anti-racists on the back foot, unable to take the battle to racists.

The targets of the witch hunt

The objective of the witch hunt is to make it antisemitic to criticise Israel. The bonus for centrists and far right alike here is that many of the toughest critics of Israel are on the left. And so they’ve joined in enthusiastically with the witch hunt out of pure political opportunism. No accusation is considered too hyperbolic, and they can rest assured no establishment journalist will challenge their assertions.

This saw Jeremy Corbyn described as an “existential threat” to British Jews, despite his life-long record of anti-racism. One proponent of the witch hunt even claimed that if Jeremy Corbyn became PM, he would “reopen Auschwitz“. Any journalist of merit would have torn this accusation apart as entirely baseless, opportunistic and offensive. But the establishment press is sorely lacking in journalists of merit. Instead, these ridiculous smears were parroted by one outlet and broadcaster after another until functionally true. The facts were immaterial, it just felt like Corbyn and the left had an antisemitism problem distinct from all other groups. Why? Because that’s how propaganda works.

It takes courage to run against popular sentiment to point out the facts. Not only does it mean facing conflict, but it also marks you out for the witch hunt treatment. It takes a person willing to risk losing their reputation, their job or position, and being turned on by their supposed allies. Many leaders of the movement did not show that courage. But the grassroots did. So the fight was taken to them, with a purge of leftists from the party, and attacks on freedom of the press.

The Canary is itself a target of the witch hunt, and proud to be. Because no dedicated anti-racist would accept the weaponisation of Jewish trauma in service of an apartheid state. We wouldn’t help create a hierarchy of racism which places any group above all others. And we would never back apartheid, or form alliances with people who do. The same cannot be said for a host of supposed left-wing commentators who’ve promoted this witch hunt out of careerism and fear.

For the crime of not playing with the witch hunt, Ken Loach has become a target. As a national treasure, his words matter. And so the need to delegitimise him as an effective critic of apartheid is real. Now he is accused of Holocaust denial. Did he deny the Holocaust? No. Did he advocate for denying the Holocaust? No. They’ve reached back to the 1980s to replay an attempted smear that was cleared up at the time. They’ve just rehashed it like it was new and true. As the award-winning filmmaker said at the time:

In a BBC interview I was asked about a speech I had not heard and of which I knew nothing. My reply has been twisted to suggest that I think it is acceptable to question the reality of the Holocaust. I do not. The Holocaust is as real a historical event as the World War itself and not to be challenged. In Primo Levi’s words: ‘Those who deny Auschwitz would be ready to remake it.’ The first terrible pictures I saw as a nine-year old are ingrained on my memory as they are for all my generation.

Like readers of this paper, I know the history of Holocaust denial, its place in far right politics and the role of people like David Irving. To imply that I would have anything in common with them is contemptible.

Finally, a battle-hardened left is unwilling to play this game again. A massive and organic campaign of support has sprung up. The trending #IStandWithKenLoach hashtag is full of desperate pleas for truth in argument. By all means, we can have robust political disagreements. But to debase yourself by constructing entirely false narratives on such a serious issue is beyond the pale.

As comic John Bishop put it:

I have retweeted a few tweets of support for @KenLoachSixteen. My position is clear- Ken Loach does not have prejudiced bone in his body. He is one of the most honourable men I know and I would stand with him till I could stand no more – then I would kneel. #IStandWithKenLoach

Always remember: smearing anyone who sees Palestinians as human beings as “antisemitic” is meant to disincentivise showing solidarity with a people living under a brutal, racist apartheid regime.

Make sure to redouble your solidarity and help #FreePalestine.#IStandWithKenLoach pic.twitter.com/TYtri8rovZ

I stand firmly with @KenLoachSixteen why ?

Because he stood by me and many others in times of struggle. No hesitation 👊#IStandWithKenLoach

In fact, many thousands of people made their support of Ken known. But more broadly, they signalled they have had it with this witch hunt. Lives, careers and political movements have been torn apart by it. So if the witch hunt is coming for Ken, it’s going to have to come through all of us.

There comes a time when passive acceptance of evil is complicity. And weaponising the language of anti-racism to promote racism is evil. Making claims you know to be false, repeatedly, to destroy a progressive political movement is evil. It is the most morally and intellectually dishonest smear campaign of my lifetime, and it will not stop. It will have to be stopped. And that’s exactly what we’re going to do.