Boris Johnson isn't going to resign, no matter how nicely you ask - Canary 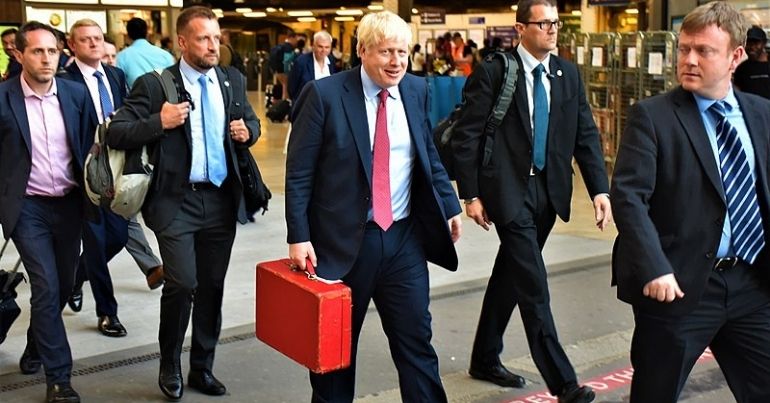 Boris Johnson should resign. I think it. You think it. According to YouGov, the majority of the Great British public seem to think it. A look at Twitter suggests that lots of centrists – and even some Tories – think it too. And for once, those particular cohorts are right about something. How they must regret putting him in power in the first place.

However, there is a difference between me and them: I, for one, am not labouring under the fantasy that calling politely for the PM to pack up and leave No. 10 is going to make it happen. Nor will petitions. And nor will polls.

But there is something to be learnt here. Sometimes a particular demand or view can tell you more about the people making it than it does about the issue it wants to address. And the weekly, vapid, vacuous, performative calls for Johnson to step down suggest a complete disengagement in thinking:

The truth is this: if there ever was an age in which civility and honesty were the key ingredients in British politics (spoiler alert: this has never happened) then this is not it. So by all means tweet your tearful platitudes about the decay of ‘moral standards in public life’, but know that doing so tells on nobody but yourself:

"In the old days 'taking personal responsibility' was almost a synonym for 'I am about to resign'. Well, I don't know what it means now."

Johnson, like Thatcher, and Blair, and every other parliamentarian who ever lived (including the tiny collection of ‘nice’ ones in Labour), is in the business of power. That is to say, getting power, wielding it, and keeping it for as long as possible.

There is precisely a snowball’s chance in hell that Johnson will pack up Carrie, the dog, and their pricey soft furnishings, and march out of No. 10 because affronted liberals on Twitter have demanded it.

Territory of the comfortable

The fact they continue to do so tells us something very important – that the way this country works has escaped them. Which in turn suggests they have no skin in the proverbial game.

Those touched by austerity, by the hostile environment, those whose energy bills may be fatal, those who have been subject to brutal racist policing, those whose wages are frozen, and more besides do not labour under the notion that good manners will always win the day. That is the territory of the comfortable, a luxury reserved for people who are un-bloodied by the class war.

By all means, tweet your resignation demands and rail against Boris Johnson as if he is not simply the logical product of a system you yourself would seem at ease with. But expect nothing, because even on the miniscule off-chance he leaves the office you handed him, there are many more like him waiting in the wings.