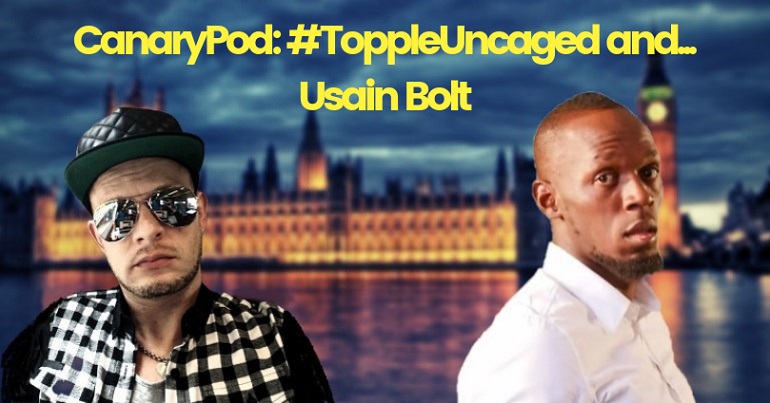 In a special episode, I feature the first move into music by a global athletics superstar, record breaker, and now record producer: Usain Bolt.

I had the chance to fire some questions at the legendary Bolt. He’s just released his debut music production Olympe Rosé, an instrumental track known as a “riddim”. As electronicbeats.net describes, a riddim is:

A rhythm – or ‘riddim’ – is an instrumental track created by a producer or label that’s given to vocalists to create their own versions. In the early days of dancehall, each version was released as a separate single, but since the early 2000s a batch of versions will usually be released as a digital album. The beauty of this format is that it allows for a method of genre development based on iteration; the pressure is not only to innovate, but to improve. You can have multiple great songs with the same rhythm, ensuring that no vocal idea remains undeveloped.

Olympe Rosé is in partnership with champagne brand G.H. Mumm, which has released a special edition rosé featuring Bolt’s name inscribed on the bottle.

The riddim is grounded in dancehall, but has distinct afrobeat vibes. The artists’ interpretations vary, from Gardner’s use of a combination of intricate rhyming patterns across both vocals and singjay (a combination of singing and rapping), to Martin’s multi-layered, full-on production.

‘Marley is my hero’

Overall, Bolt has created a fresh, intricate and exciting package. As he told me:

Bob Marley is my musical hero. His music is timeless and still relevant today.

If the legendary artist were still alive, it would be fascinating to hear his thoughts on another legend’s first steps into the music world.

Listen below to hear Bolt’s answers, read by me, to my questions. He told me about his thoughts on the reggae scene, how his athletic skills crossed over into the music industry, and whether we’re going to be seeing more tracks from this global star.

Mount A Gyal by Bibi Gardner.

Download all the tracks on your preferred platform here.

Find out more about Bolt and support his charitable foundation. Also read about his partnership with G.H. Mumm.

All other tracks via Usain Bolt and Rajah Karanja Nelson.