One man’s reason for backing Corbyn is going viral - Canary 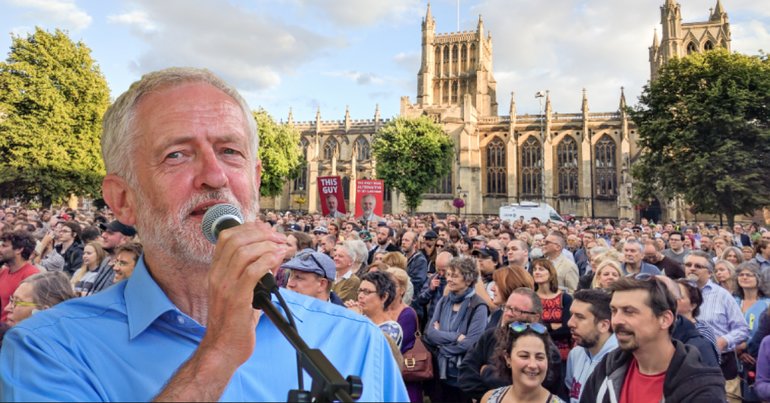 One man’s reason for backing Corbyn is going viral. Centrists and Conservatives alike fail to understand the public’s love affair with the Labour leader. But this man’s story goes a long way to explaining it.

Stewart took to Twitter to explain, in three tweets, why Jeremy Corbyn retains his support. 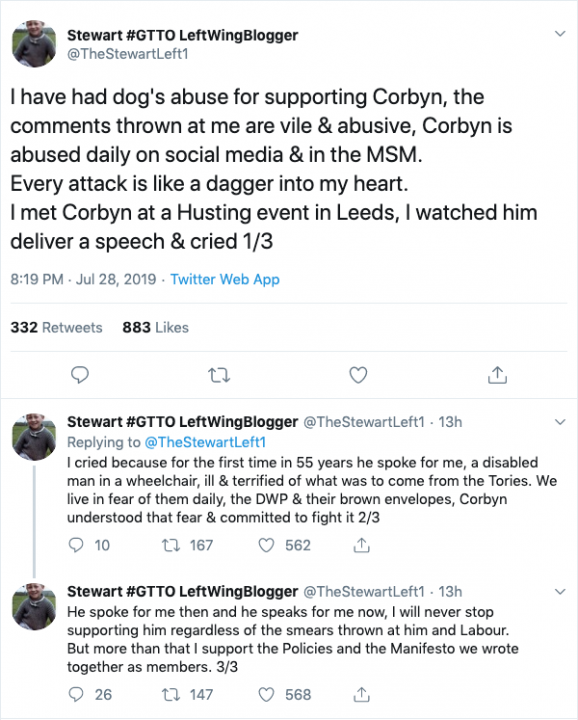 It was really as simple as that. Corbyn’s empathy is natural, and his commitment is real. This places him directly at odds with the cynical Westminster media-political class. And it didn’t take long for others to arrive with their own stories.

I know what you mean. My son is Autistic & I am in no doubt whatsoever that the Govt (esp.DWP) we have now is a threat to his mental health. This government is utterly cruel to anyone who needs help of any kind. I despise them for it & Corbyn offers something kinder.@AmberRuddHR

I cried as well Stewart. In Southport. Tears of pure joy. Were going to do it you know. Seriously x

The reality is that Corbyn has been confronting the biggest issues, on the right side of history, for decades. Most left-leaning people can look back to the most important demonstrations, votes and campaigns throughout their lives and see Corbyn there.

How to show you have no credibility at all: a demonstration by the BBC:

There singing it in the Bingo Halls now.
'Oh Jeremy Corbyn' pic.twitter.com/mbKilPeetD

Centrists are tearing their hair out because the left isn’t persuaded by smear campaigns alleging Corbyn is racist. The smear campaign didn’t fail because the left doesn’t care about racism. And it didn’t fail because no one believed Corbyn could ever be racist. It failed because people know Corbyn is an anti-racist. And the benefit of being an anti-racist is you assume you are capable of being racist. Your goal is not defending your own lack of racism, but a commitment to fight it wherever it exists, including inside yourself.

No amount of hostile press can catch up to decades of lived experience. And unfortunately for the establishment press and corporate politicians, Corbyn is a known quantity. He has held his positions on equal rights, anti-racism, and internationalism consistently and for their own ends. Before it was fashionable, and after it became unfashionable again. Because his positions didn’t come from a focus group’s findings, but from basic human decency and radical empathy.

"I am a Jeremy Corbyn supporter, and I think the main reason I am is because I feel that his words are backed up by decades of action…

When facing the most corrupt, detached, entitled government in generations – this is the opposition we need.