Amid US coronavirus disaster, Trump tries to shift focus to China with increasingly anti-Chinese messaging - The Canary 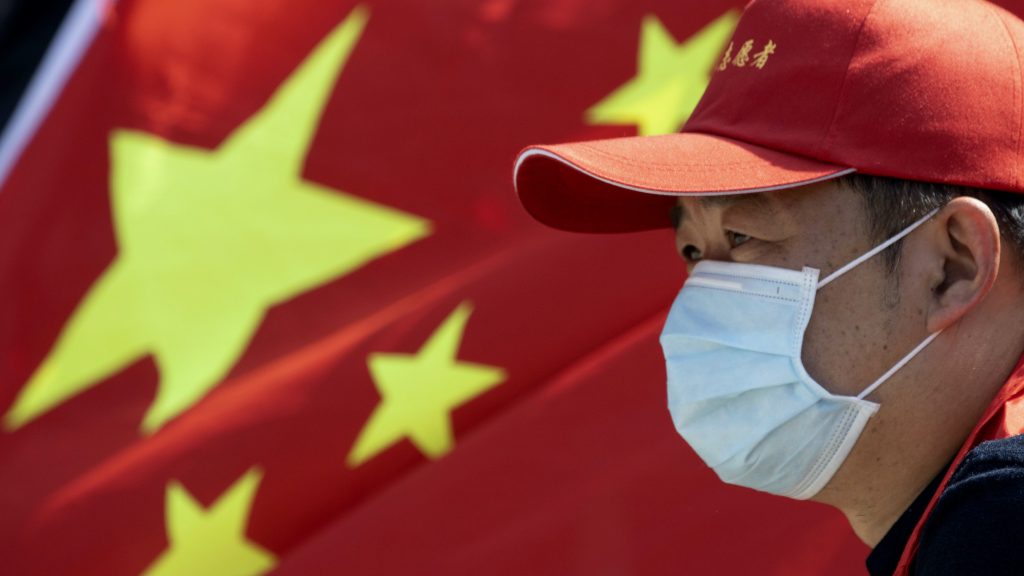 Donald Trump has insisted that deaths from coronavirus (Covid-19) are much higher in China than in the US, despite official statistics painting a far different picture. This comes as Trump and his supporters have been boosting anti-Chinese sentiment as part of his re-election campaign.

China has more than four times the population of the US but has reported far fewer deaths. At the time of writing, China has reported 4,632 deaths, while the US has reported 41,356. The full reality is difficult to know. Deaths from the virus have not been fully reported in either country because the pandemic is still raging in the US and still being accounted for in China.

A scientific model that US public-health authorities have repeatedly cited, from the Institute for Health Metrics and Evaluation at the University of Washington, now projects more than 60,000 Covid-19 deaths in the US by August. Its worst-case scenario is for more than 140,000 deaths by then. These projections assume current social distancing is maintained until infections are minimised and the spread is contained.

Anti-Chinese sentiments (or ‘sinophobia‘) have come into sharp focus in recent weeks in the US. In March, Trump called coronavirus the “Chinese virus” on numerous occasions:

"President Xi strongly leads" became "China virus" because Trump failed to prepare when he should have. https://t.co/R6a3uX9XHE

And Trump’s focus on China has continued:

This new Trump ad bashing Biden is also more of him trying to go on offense on COVID-19 by making it all about China. pic.twitter.com/kxSpm2AcXQ

New email from Trump, continuing the anti-China attack on Biden. The election may well hinge on the right’s efforts to rally the country around anti-China politics, and the Democrats’ ability to fend off this attack pic.twitter.com/r667egHjCN

Mad Don Pushes China Virus Conspiracy … While Bodies Pile Up Behind Him https://t.co/NO3NibEyf9

His allies on the right, meanwhile, have taken the same approach. And they’ve even sought to link the opposition Democratic Party to the Chinese government.

Democratic Party responds… by joining in

The tactic of Trump’s likely opponent in the presidential election, Joe Biden, has apparently been to respond in kind:

The racism of this @JoeBiden ad should be obvious.

It casts "the Chinese" as the enemy. In America, that means anyone who looks like me. pic.twitter.com/8CiYcl13Bl

The GOP has gone all-in on scapegoating China, talking about taking revenge, starting a war, kicking Chinese people out of the country

I don’t know who can let Biden’s team know that even if this brings votes it’s not a “winning” message. It leans into the racism against and targeting of Asian American folks.

I haven’t been fighting for blue racism. https://t.co/V4HinFZ6mv

Last month I argued that we cannot beat this #Covid19 crisis without confronting rightwing nationalism. But instead the Democrats are collaborating with rightwing nationalists to promote their core narrative: “Blame China”. This is disastrous https://t.co/osAUUVw9RM

It’s really a devastating indictment of the Democratic Party and Joe Biden that he decided – and that his advisors and DNC almost surely agreed – that he is going to out-racist and out-xenophobe Donald Trump. Biden is directly feeding anti-Asian racism. What a dark day. https://t.co/mj8ozkywtS

This is a devastatingly racist ad. Does Biden have #AAPI advisors? Because it sure as hell seems like he’s not listening to them, or to the #AAPI community who will suffer with this racist, xenophobic messaging. I’m so disappointed. https://t.co/XfRSxfiaMS

As many have pointed out, it’s possible to legitimately criticise the Chinese government (and its response to coronavirus); but that must not be the same as ‘sparking hatred‘ against the Chinese people:

Criticizing governments is always fine, but how you do it matters. Conflating a people by saying the Iranians, Chinese, Russians, Mexicans, etc. instead of explicitly saying the x government is dangerous to people living here.

In an environment where politicians are turning talk of China into a political weapon, meanwhile, this is what’s happening on the ground:

“I have staff members who have been spit on by people, people have yelled at them or made comments on the subway,” he said. “People have thrown everything from pieces of paper to their leftover lunch.” https://t.co/57nA1BSqWX

As the coronavirus spreads, so does online racism and hate speech targeting Asians. @hateisavirus_ #hateisavirushttps://t.co/UqFrfWlia5

Growing sinophobia is a real danger. And we must stop this racist scourge in its tracks.