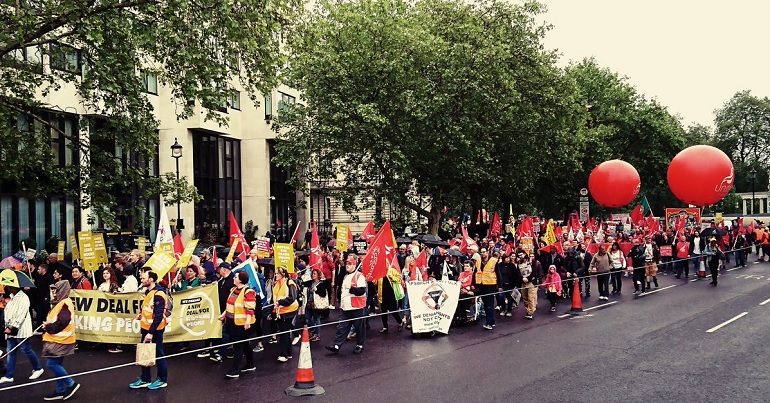 On Saturday 12 May, tens of thousands of people descended on central London, calling for a ‘new deal’ for British workers.

The Trades Union Congress (TUC) organised a ‘new deal for working people’ rally. It said it was marching for an “alternative” to the current situation of low pay, zero-hours contracts, and agency work in the UK. So, on 12 May, the rally weaved from the starting point of Victoria Embankment, through central London, ending up in Hyde Park.

Despite the weather, the march was reportedly the largest in London for several years. Trade unions including Unite, Unison, the National Union of Rail, Maritime and Transport Workers (RMT), the Communication Workers Union (CWU) and the Fire Brigades Union (FBU) all had delegations at the march: 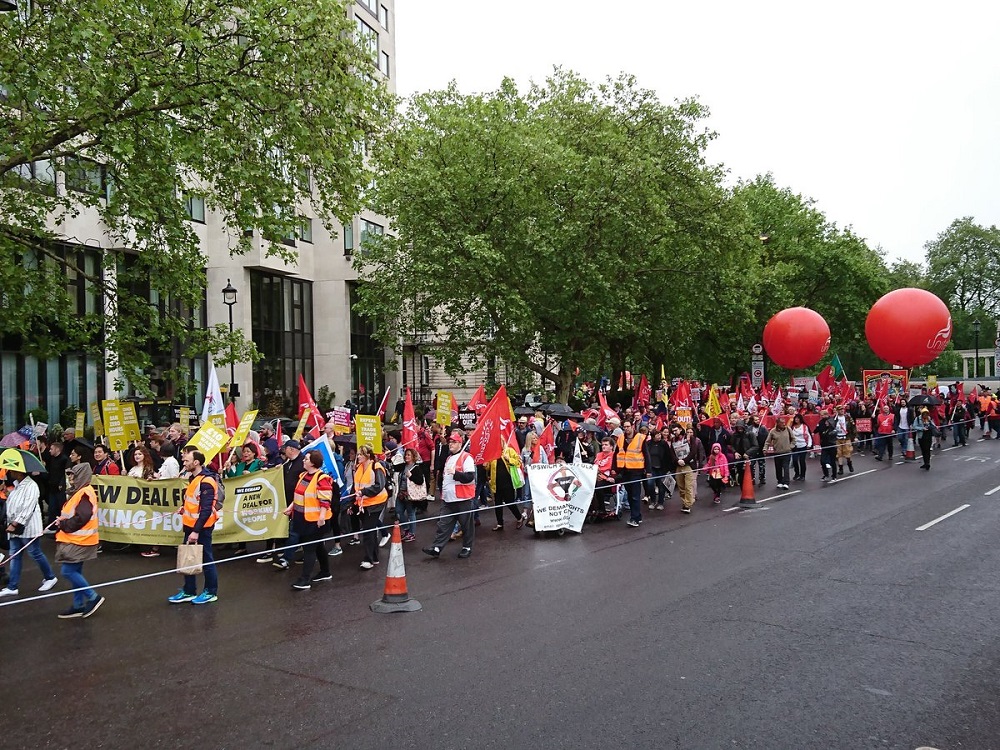 Other groups present included Disabled People Against Cuts (DPAC), Unite the Community and Health Campaigns Together: 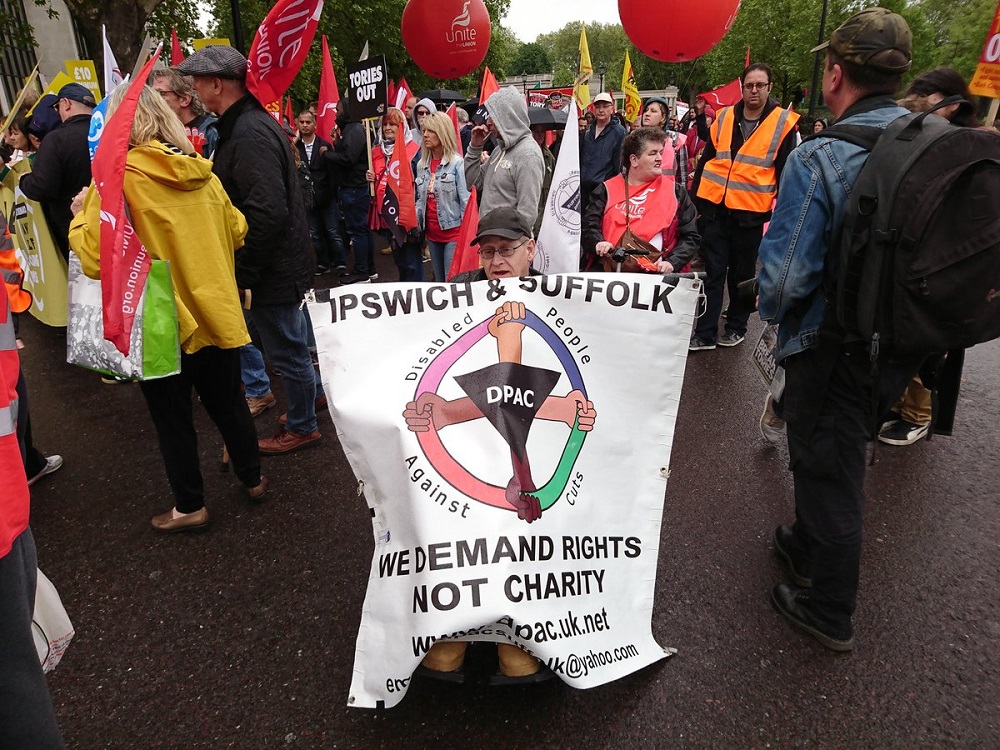 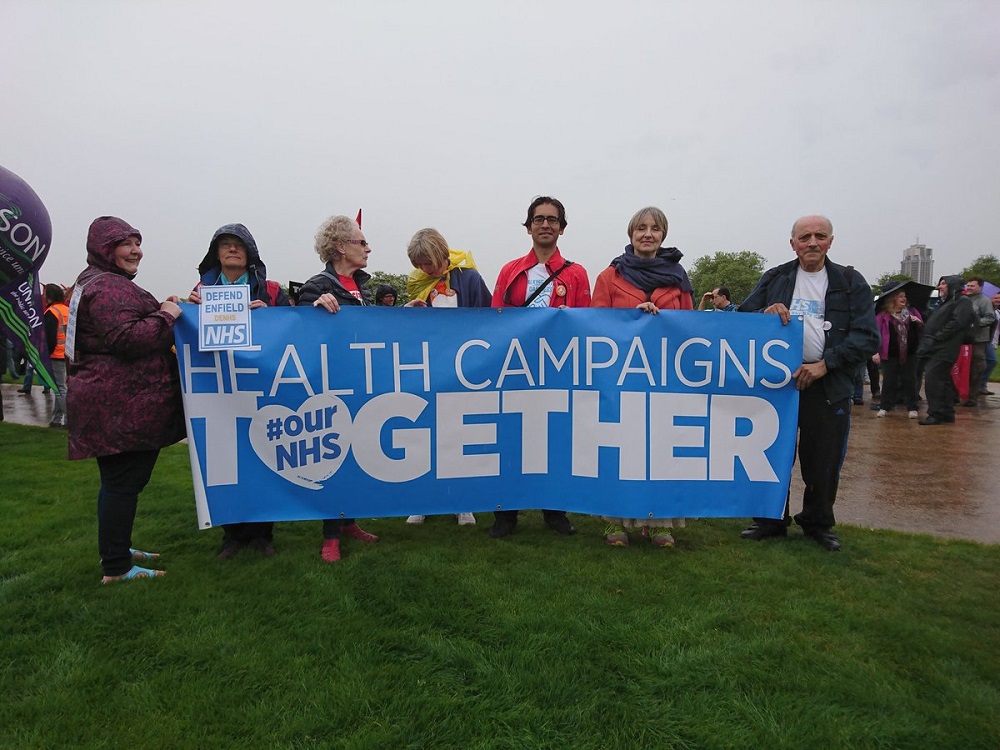 At the rally in Hyde Park, Labour leader Jeremy Corbyn declared that the trade union movement and activists would be:

Around… to campaign as long as it takes to deliver social justice and… decency in society.

The labour and trade union movement is around to campaign as long as it takes for social justice and decency in society, Jeremy Corbyn tells the #TUCnewdeal rally pic.twitter.com/ddbi7M45ut

There’s ample evidence that a new deal is indeed needed for UK workers.

As the Joseph Rowntree Foundation noted, 8 million people live in poverty in families where at least one person is in work. 3.7 million workers also live in poverty with just under half of these working full time.

For children, the figures are most pronounced. Research by the TUC estimates the number of children from working households who are in poverty is now around 3.1 million – up by one million since 2010. It also found that:

We need a ‘new deal’. Quickly.

The situation for workers in the UK is unsustainable. It is a damning indictment of the nature of 21st century work that so many people graft for their employers, and yet are barely surviving. The situation points to not only a broken jobs market, but a broken financial system too. It is unlikely the TUC’s ‘new deal’ march will change anything. But it perhaps shows the depth of public feeling about a system where work no longer pays.