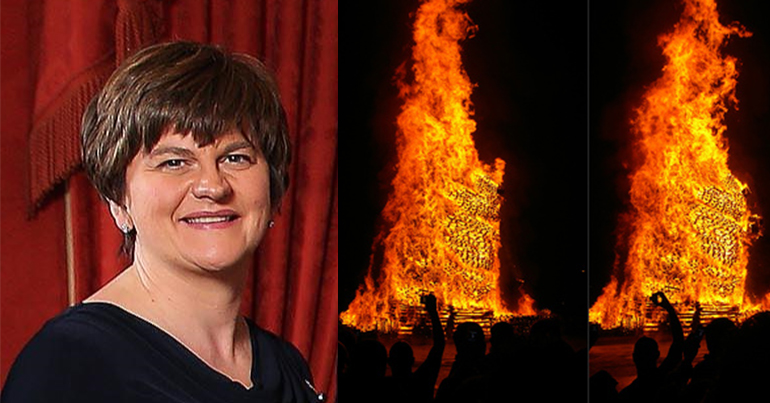 The Mid Ulster District Council has announced plans to undertake a consultation process to regulate bonfires on council property. The process has met with an angry response from local unionists and threats to the council.

Some weeks after the consultation was announced following a vote on 22 March, posters appearing to threaten the council were placed around Dungannon. Nobody has claimed direct responsibility for these signs. 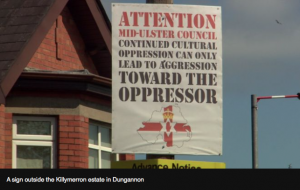 As the BBC reported, a hardline unionist group called the British Truth Forum believe the council is “trying to erode Britishness”. It denies direct responsibility for the posters.

The BBC detailed unionist anger at the council’s plans. As it explained, the DUP’s Keith Buchanan also said that “British identity is being eroded like snow off a ditch”.

The council voted by a majority of 20 votes to nine to introduce this process.

Bonfires are a big part of Northern Ireland’s summer. Particularly so on the night before 12 July. The 12 July celebrates the victory of Protestant King William over Catholic King James at The Battle of the Boyne in July 1690.

But there have been a number of safety issues around bonfires in recent years as well as pollution concerns.

The Council’s consultation process seeks to:

address the safety, environmental and social impacts of bonfires held on Council land.

The Council’s 13-week consultation process opened on 4 June. The council believes that new policy will not be operational until 2019.