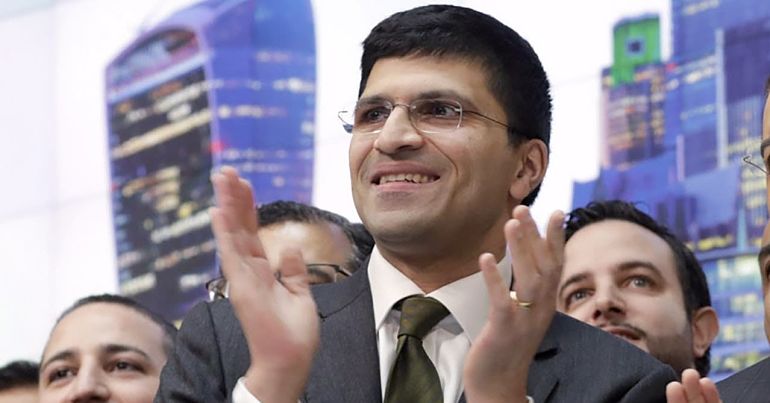 Nikhil Rathi has been appointed the next chief executive of the Financial Conduct Authority (FCA), responsible for regulating the UK’s banks.

He was unveiled by chancellor Rishi Sunak and replaces interim chief executive Christopher Woolard, who took charge in January after former boss Andrew Bailey was appointed governor of the Bank of England.

Rathi is expected to join in the autumn and will leave his current job as chief executive of the London Stock Exchange responsible for overseeing the UK markets.

His first tasks will involve making sure banks and financial institutions are not mistreating businesses during the coronavirus crisis and ensure the next stage in Brexit keeps financial markets in the UK and the EU functioning properly.

The 40-year-old must sell all shareholdings he has in the London Stock Exchange Group (LSEG), which also runs stock exchanges and services around the globe, and will be unable to be involved in any decisions with the group for a year.

He said: “I look forward to building on the strong legacy of Andrew Bailey and the exceptional leadership of Christopher Woolard and the FCA executive team during the crisis.

“FCA colleagues can be very proud of their achievements in supporting consumers and the economy in all parts of the UK in recent months.

“In the years ahead, we will create together an even more diverse organisation, supporting the recovery with a special focus on vulnerable consumers, embracing new technology, playing our part in tackling climate change, enforcing high standards and ensuring the UK is a thought leader in international regulatory discussions.”

FCA chair Charles Randell said: “Nikhil has been closely involved in guiding the FCA’s development through his roles on our practitioner panel and markets practitioner panel, and brings both private sector management skills and experience of domestic and international regulatory policymaking.”

Rathi will receive a salary of £455,000 and pension contributions of 12%, but he will not be entitled to a bonus or paid any other benefits.

By comparison, his predecessor Bailey received a base salary of £449,000 and a £40,000 annual pension payment, but also received benefits and performance-related pay, taking his total wage to £592,000 last year.

Chancellor Rishi Sunak, who made the appointment, said Rathi was the outstanding candidate for the position.

He added: “We have conducted a thorough, worldwide search for this crucial appointment and, through his wide-ranging experiences across financial services, I am confident that Nikhil will bring the ambitious vision and leadership this organisation demands.

“I would also like to thank Christopher Woolard for the excellent job he has done in leading the FCA in this challenging period. His experience, dedication and professionalism have been greatly appreciated.”