Brexit has given us an unelected bureaucrat, who married into aristocracy, pulling the strings in Downing Street - Canary 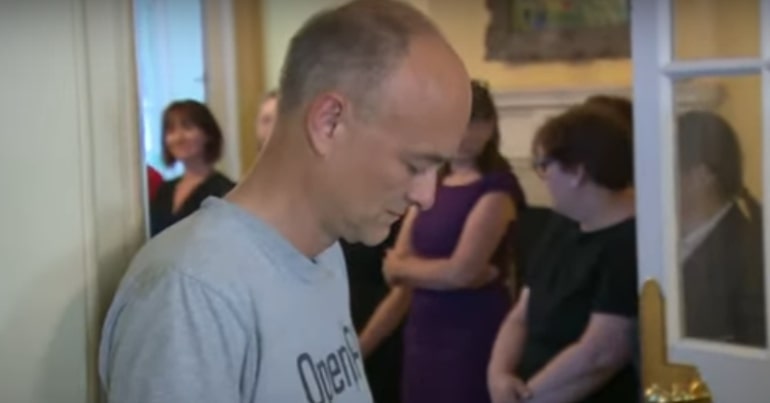 Dominic Cummings is an unelected bureaucrat who’s described as “assistant to the prime minister”, with responsibilities for Brexit and domestic policy. He is clearly determined to see the UK leave the EU by the 31 October deadline. Though he’ll undoubtedly face a battle from the many MPs in Parliament who are vehemently opposed to no deal.

Many EU referendum voters who supported leave appeared to do so as a protest against ‘elites’.  But Cummings it seems, like prime minister Boris Johnson, is not exactly a ‘man of the people’.

Cummings is well connected, for he married into aristocracy.

Tom Peck, political sketch writer for the Independent, points out that Cummings’ father-in-law is Sir Humphry Wakefield, whose extended family includes “the 1st Viscount De L’Isle, the 1st Baron Howick of Glendale or the 5th Earl Grey” (whose ancestral home is Chillingham Castle).

As for Cummings’ boss, a no-deal Brexit is seemingly now his “central scenario” and according one diplomatic, “Even if EU gave up the backstop there is no alternative [to no-deal]”.

But there are a number of ideas by which a no-deal Brexit could be challenged. These include:

Furthermore, if after a successful no confidence vote Johnson refused to step down, former attorney-general Dominic Grieve is adamant the Queen would intervene:

"The Queen would have to sack him."

Dominic Grieve, the former Attorney General, says that Brexit can be stopped – and the Queen may have to step in if Boris Johnson refused to quit after losing a vote of confidence. pic.twitter.com/9EcIstPc4s

As for Corbyn, he has made his intentions clear:

We will do everything to stop no-deal, including a no confidence vote at the appropriate… early time… Sorry, no-deal will be really serious. Serious for food prices, for medical supplies, for trade, for investment, and drive us straight into the hands of the sort of trade deal that Donald Trump wants to do with Boris Johnson.

In the event of a successful no confidence vote, Labour would opt for a general election on October 17, or a caretaker government led by Corbyn.

Meanwhile, one Conservative insider accuses Cummings of running a “reign of terror” at No 10. Moreover, according to a leak, Cummings has made it clear to ministerial aides that should any be found to be the source of a leak, then they “will be dead to me”.

Doubtless, the next few weeks will prove very interesting times.