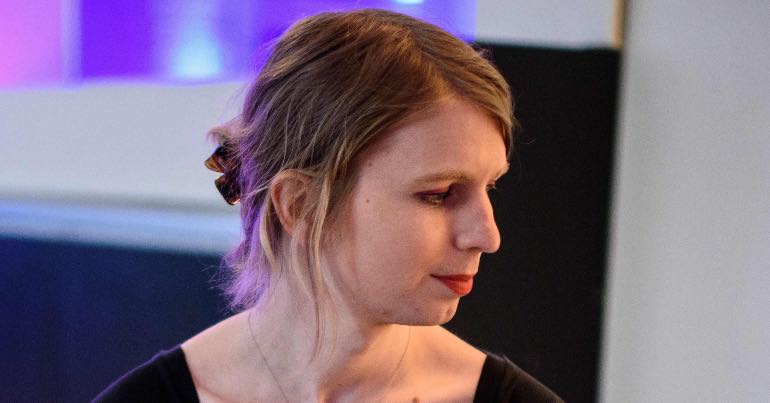 Chelsea Manning’s lawyers have asked for her immediate release from jail. In a new filing seen by The Canary, they ask that the Fourth Circuit Court of Appeals release Manning on bail while she awaits the outcome of her appeal against her detention. Manning’s lawyers filed the appeal on 29 March. They made the latest request on 1 April.

The government has held Manning in jail since 8 March for refusing to testify in front of a grand jury against Julian Assange and WikiLeaks.

Judge Claude Hilton found her in contempt and ordered she be detained. The government can keep her detained until she chooses to testify or the grand jury finishes its work. This means she could stay in jail for 18 months.

In their latest filing, Manning’s lawyers argue that the court should order her released because of a “due process violation”. This violation, they argue, is because prison authorities were holding her in solitary confinement. Her lawyers point out that:

Ms. Manning’s conditions of confinement must either be modified so as not to constitute punishment, or she must be released.

They insist that since she has already spent more then 15 days in solitary confinement it amounts to a form of torture. And given that this cannot be undone, they declare:

She must therefore be released.

Manning has now reportedly been released from solitary confinement.

In their motion, Manning’s lawyers also claim Judge Hilton ignored basic facts about their client. Manning’s lawyers initially asked for bail given that she “was clearly not a flight risk nor a danger to the community”. They noted:

The government did not disagree.

Manning’s legal team also presented evidence of the health effects that jailing her would have given her transgender status.

In addition, her lawyers mentioned that Manning believed she was under “electronic surveillance”. They drew attention to the fact that the government:

made absolutely no effort whatsoever to deny that electronic surveillance occurred.

They noted that a grand jury witness can refuse to answer questions if they are based on information gathered from illegal surveillance. This, they said, forms the basis for an appeal.

Manning’s lawyers say that Judge Hilton did not consider all of this information.

One of Manning’s lawyers, Moira Meltzer-Cohen, said that the latest motion “is the strongest appeal of a grand jury contempt I have ever seen”. As a result, she said the court should grant Manning’s release. She argued:

The lower court acted without considering clear legal mandates and this error, including the denial of release, must be corrected in the appellate court.

Congresswoman Alexandria Ocasio-Cortez has also called for Manning’s release. On Twitter, she said:

Chelsea is being tortured for whistleblowing, she should be released on bail, and we should ban extended solitary [confinement] in the US.