Sensational: A teacher rips into Sajid Javid for 'blaming' her profession for knife crime - Canary 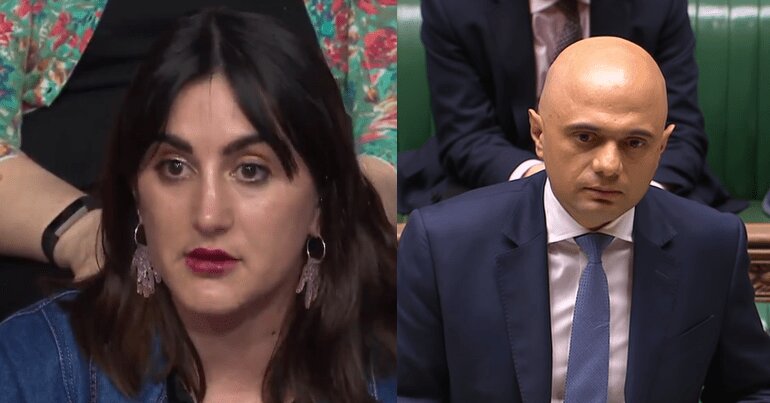 During BBC Question Time on 4 April, a teacher ripped into home secretary Sajid Javid. Earlier in the week, Javid appeared to suggest that nurses and teachers could be doing more to combat knife crime.

The home office is set to place a legal responsibility on teachers, nurses and other public servants to identify and combat knife crime. Javid said:

The public health, multi-agency approach has a proven track record and I’m confident it will help stop this senseless violence and create long-term change. I’m committed to ending this scourge and will use all the tools at my disposal to do so

But, speaking to the audience in London, one teacher wasn’t having it:

Oh my days. A sensational truth bomb on #BBCQT tonight. They’ll be vetting the audiences in the future. pic.twitter.com/yMUJusCpR9

The number of fatal stabbings in England and Wales has reached the highest level since records began. On Question Time, the audience member said:

What this is really about, is the government shirking responsibility for why we are where we are… I’ve worked in education for fifteen years in London. Children that I have taught have been killed, children I have taught have killed…

And it isn’t going to be remedied by the premier league or extra drama classes. [It’s] because we have had millions of pounds worth of cuts to preventative early intervention services that are vital for young people in this country.

The fact that Sajid Javid said this week… I thought… it was an April Fools’ joke, because the disregard that our government has for people who are on the ground, doing this work…. to suggest that teachers and nurses who already do all of this anyway, could be in some way further responsible for the fàct that children are killing each other because there is nothing left for many of those children in society is disgraceful. And it says a lot about our government, that our government doesn’t trust us…

Then, panellist Jeremy Wright, the secretary of state for digital, culture, media and sport, tried to intervene. But she continued:

You can shrug your shoulders, and that’s the point isn’t it, that we’ve got people in government who do, they shrug their shoulders, they tell us what reality is for us, for people who are doing the jobs, and then they come out with soundbites like, ‘oh teachers and nurses, you can identify people who are at risk and if not you’ll be accountable’. It’s disgraceful. This is why the government is not fit for purpose any more.

The teacher is spot on. We need to address the root causes of knife crime through investing in young peoples’ futures. Merely tinkering round the edges and blaming teachers is a disgrace.