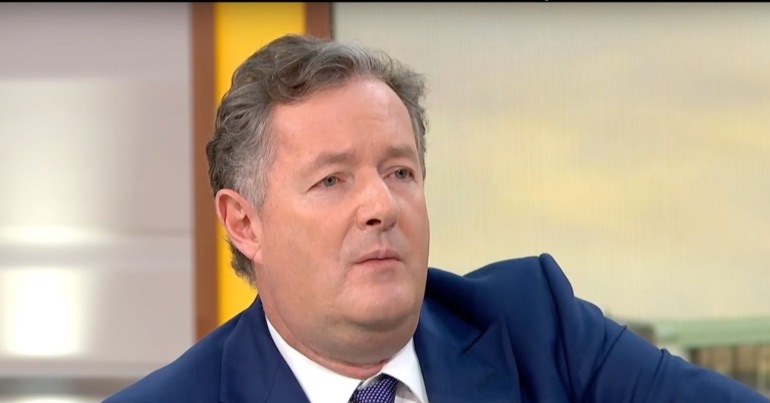 Piers Morgan never shies away from shouting his mouth off. But in one epic Twitter thread, a self-described political analyst dissected Morgan’s claim that “No Deal is actually Brexit”.

A no deal Brexit would mean the UK leaves the EU without agreements in place determining our future relationship. And beyond the hard right of the Conservative Party, it is widely predicted to be a disastrous outcome.

It would mean the introduction of tariffs increasing the cost of both imports and exports compared to existing EU arrangements. And various other major issues would arise, ranging from the Irish border, transport, and medicine supplies, among others.

The Organisation for Economic Cooperation and Development (OECD) has warned that no deal would plunge the UK into a recession. And the governments own analysis shows no deal would shrink the UK economy by 9.3% over 15 years.

According to a YouGov poll, however, 25% of Britons think it would be a “good outcome“.

Morgan gets taken to school

But the no deal dangers haven’t stopped Brexit supporter, Morgan, appearing to advocate it. He tweeted on 31 March:

No Deal is actually Brexit.
People voted to leave the EU, not to stay in bits of it.

To support a no deal Brexit is one thing, but to suggest it’s what people voted for in 2016 is quite another. And soon enough Morgan’s comment was picked up and dismantled in a 38-tweet thread by an anti-Brexit Twitter user, ‘Steve Analyst’.

Analyst used evidence to support his argument such as referendum campaign leaflets, government documents and videos of Brexit campaigners before the referendum. He puts to the sword Morgan’s suggestion that the public was sold a no deal vision of Brexit. Analyst says that, on the contrary, no deal was claimed to be a ‘worst case scenario’ during the referendum.

The thread is included below in full:

The Referendum Act 2015 was on whether or not the United Kingdom remain a member of the European Union. It was only possible to vote to remain a member, or to stop being a member. pic.twitter.com/hMuVXnQdcZ

The report “Alternatives to membership: possible models for the United Kingdom outside the European Union” made it clear the government would review the different models and seek an agreement to achieve the best possible advantage for the country. pic.twitter.com/ITxZSPgfDV

Then, in a leaflet sent to every house in the country, the government stated that if there was a vote to leave they would need renegotiate new arrangements with the EU. pic.twitter.com/iCyio81V2u

That a free trade agreement that continued to give access to UK goods and services on the European Union was “what it was all about”. pic.twitter.com/qQ51qQII6D

That if we left, we would sign new trade deals, and yes, one of the free trade deals would be with Europe. pic.twitter.com/T1dn7GATwD

That we were guaranteed a trade deal. pic.twitter.com/GWGrUIJnkZ

Some had no doubt at all that we would carry on trading tariff free, without tariff, with the European Union. pic.twitter.com/m0vYdIEfs6

That maintaining access to the European Markets, and increasing access to markets around the world, was really “much of the argument for Leave”. pic.twitter.com/ge0hteTnNW

That it would be a better deal than the one Britain has at the moment. pic.twitter.com/GOZwqKzHc9

Some politicians said they thought we could take tariff free trade for granted in our future relationship. pic.twitter.com/I70FL5rOVl

That if we wanted any kind of different deal with the European Union we had to vote to leave, and from that position we could sit down and talk about what kinds of collaborations and power sharing we were interested in. pic.twitter.com/JjJa0huEpP

That negotiating a free trade agreement with the EU would be as easy as we want it to be. pic.twitter.com/7kazKXlrLh

That Article 50 would prevent the economic shock of the UK crashing out. pic.twitter.com/xKMAiloaJN

That we would not work under WTO rules. pic.twitter.com/gSSiCJwbPA

That the worst case scenario is we don’t get a tariff free deal. pic.twitter.com/QwGVl0ppfw

And then after being told all that, we went and voted in the referendum on the United Kingdom’s membership of the European Union. pic.twitter.com/7QQYqH0AU3

It’s at times like this I am reminded of John F Kennedy who said that the ignorance of one voter in a democracy impairs the security of us all. pic.twitter.com/YN6dCALOoQ

P.S. If you can’t produce that poll, and you’re that sure that people want no deal, then why not call for a formal ballot?

Others contributed further to Analyst’s thread.

One user pointed out another claim made by the Vote Leave campaign that contradicted a no deal Brexit:

However the leave manifesto clearly stated leaving with a deal so no one actually voted for no deal pic.twitter.com/H33YE3XiGd

And other users provided similar evidence of Brexiteers radically changing their views on UK access to the European single market:

That’s not what prominent Brexiters said prior to the EU referendum. In fact, they said the diametric opposite. pic.twitter.com/ktRIuo4oRR

After all, many prominent Brexiteers who now claim leaving the EU means leaving the single market said the exact opposite previously:

Predictably Morgan doubled down. He claimed there was a difference between why people voted for Brexit and what Brexiteer politicians claimed during the campaign:

Hi Professor, the @EmporersNewC thread that 'owns' me features a bunch of politicians telling whoppers about Brexit, not members of the public saying why they voted to Leave.
I may not be as intelligent as you guys think you are, but they voted Leave to actually Leave. https://t.co/qP0Ou5AwIL

This is a fair point. But to dismiss the influence of Brexit campaigners on public opinion entirely is ridiculous.

Because on the one hand, Morgan claims it’s wrong to suggest leave voters were ‘stupid’ and didn’t know what they were voting for. And yet on the other, he’s claiming the very same inaccurate information people were given by politicians to inform their choice was irrelevant to making their choice.

Misinformation can’t be buried in an age of social media

This thread is another demonstration that in, an age of social media, politicians and public figures can no longer hide their misrepresentations or lies. And on decisions of such critical national importance, it is essential that these people are called out.