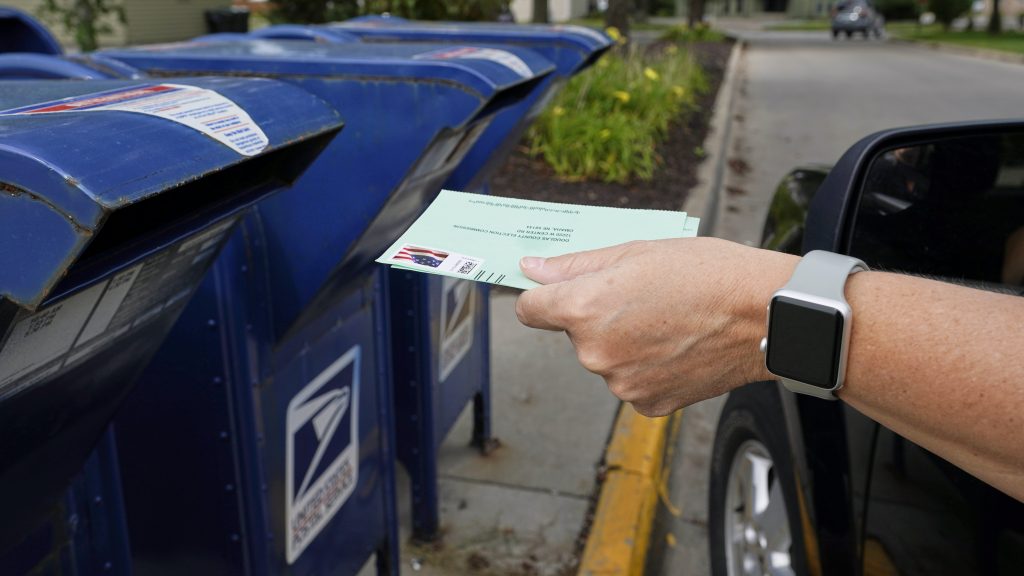 Legislation that would reverse recent changes in US Postal Service operations has been approved by the House of Representatives in a rare Saturday session. The legislation would also send 25bn USD (£19bn) to shore up the agency ahead of the November election.

Speaker Nancy Pelosi recalled lawmakers to Washington over objections from Republicans dismissing the action as a stunt.

“It is all designed to suppress the vote”

President Donald Trump urged a no vote, including in a tweet on Saturday 22 August, railing against mail-in ballots expected to surge in the coronavirus (Covid-19) crisis. He has said he wants to block extra funds to the postal service.

Pelosi said at the Capitol:

Don’t pay any attention to what the president is saying, because it is all designed to suppress the vote.

She called the postal service the nation’s “beautiful thread” connecting Americans and said voters should “ignore” the president’s threats.

Ahead of voting, the president tweeted:

This is all another HOAX by the Democrats…

Cuts to postboxes, while more postal ballots are expected

The day-long session in the House came as an uproar over mail disruptions puts the postal service at the centre of the nation’s tumultuous election year, with Americans rallying around one of the nation’s oldest and more popular institutions.

Millions of people are expected to opt for mail-in ballots to avoid polling places during the coronavirus pandemic.

Facing a backlash over operational changes, new postmaster general Louis DeJoy claimed on 21 August in the Senate that his “No. 1 priority” is to ensure election mail arrives on time.

But the new postal leader, a Trump ally, said he would not restore the cuts that have already been made to postboxes and sorting equipment. He could not provide senators with a plan for handling the ballot crush for the election.

DeJoy is set to return on Monday 24 August to testify before the House Oversight Committee. The bill would reverse the cuts by prohibiting any changes made after January and provide funds to the agency.

Trump will veto the bill

More than two dozen Republicans broke with the president and backed the bill, which passed 257-150. Democrats led approval, but the legislation is certain to stall in the Republican-held Senate. The White House said the president would veto it.

In a memo to House Republicans, leaders derided the legislation as a postal “conspiracy theory” act. Many Republican lawmakers echoed such sentiments during a lively floor debate.

While Trump has said he wants to block emergency funding for the agency, the White House has said it would be open to more postal funding as part of a broader bill.