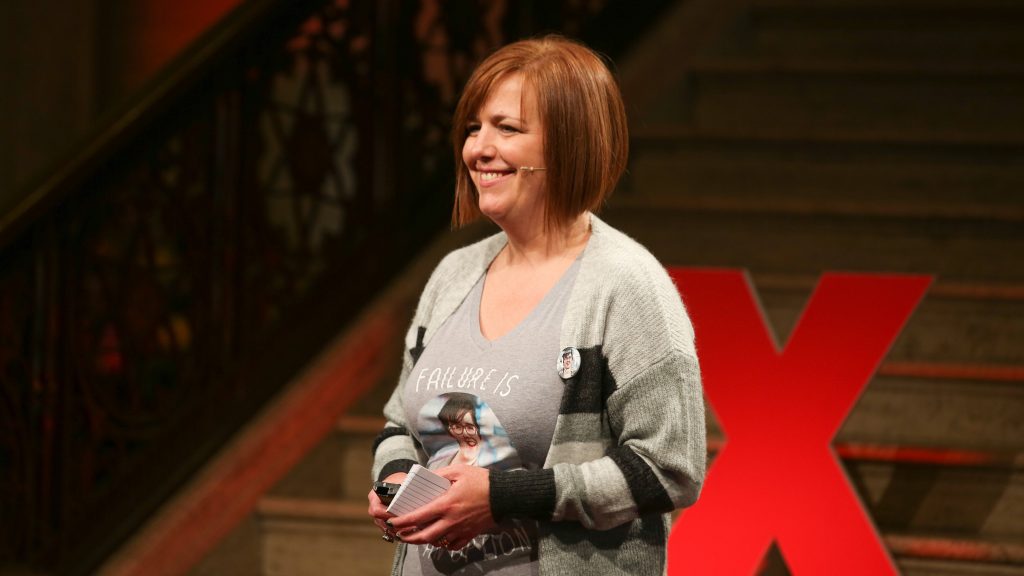 The sister of murdered journalist Lyra McKee received a standing ovation as she followed in her footsteps to deliver a powerful talk at Stormont.

The author’s Ted talk about religious education and its impact on the mental health of young LGBT people was viewed thousands of time around the world following her death at the hands of dissident republicans in April.

On Saturday, four and a half months after Ms McKee’s murder, her sister Nichola Corner delivered her own talk at the TedXStormont event at Parliament Buildings in Belfast.

She used the tribute address to urge people to build on the outpouring of love witnessed after the killing to finally secure peace in Northern Ireland.

Ms McKee, 29, was shot dead by the New IRA as she observed rioting in Derry.

Mrs Corner stressed the need to reclaim the word “unity” from the dissident extremists responsible for the shooting in Derry’s Creggan area.

“What really fires up my imagination is the potential, the potential of what we can achieve if we continue to demonstrate our inherent inclusive nature, just as we did in the aftermath of Lyra’s murder,” she said.

“There are forces outside of this room that seek to draw our attention away from what unites us, ironically using the word unity as their banner – and we can’t let that happen.

“We must not let those who seek to separate us succeed, we must liberate ourselves once and for all from their threat and the threats of others like them to our peace.

“We must reclaim the word unity for its rightful purpose.

“Some people have lost sight of the true meaning, they don’t really understand what it means, because for me unity goes way beyond land, it goes way beyond nationalities and it goes beyond labels – to me unity is a feeling.

“It’s a feeling that leads to the outpouring of love that we saw in the aftermath of Lyra’s murder.

“Unity is what the world demonstrated in response to Lyra’s murder and we must continue to build upon it and we must embrace it as our way of life and build on the momentum that was harnessed in April to make sure that we have a peaceful world that we have imagined.”

In front of a packed audience in the Great Hall of Parliament Buildings, Mrs Corner recollected how she watched with tears in her eyes as her sister delivered her Ted talk in 2017.

“Lyra McKee will never be able to enjoy the peace that was promised in 1998, but we must make sure that her life was not in vain by securing peace as her lasting legacy,” she added.

“Every single thing begins in the imagination and it’s alive in mine now.

“And we will remain united in the truest sense of the word because, friends, I truly believe that failure is not an option.”