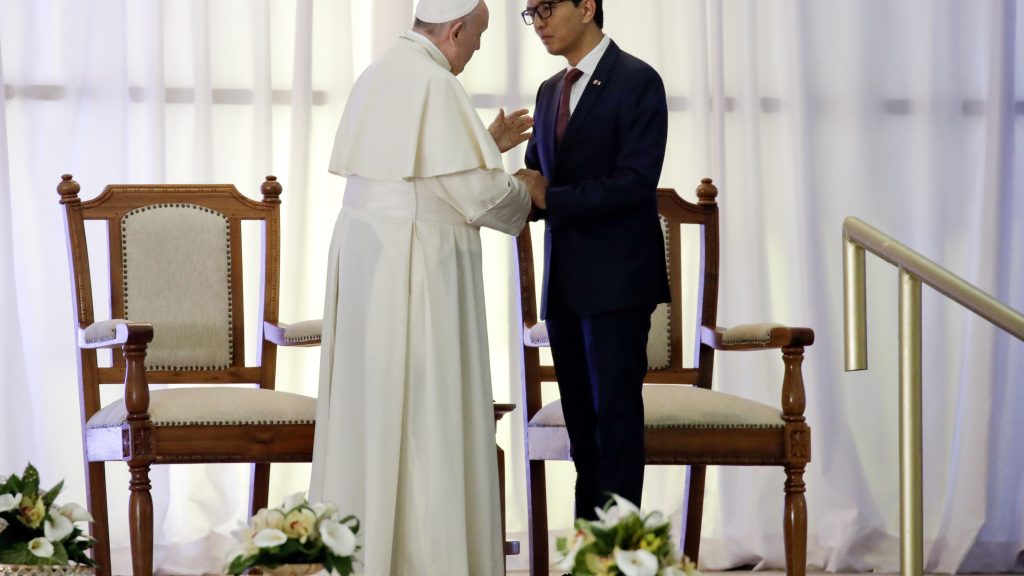 Pope Francis has denounced the illegal logging and exploitation of Madagascar’s unique natural resources as he opened a visit to the Indian Ocean nation.

He pleaded for the government to fight the corruption that is ravaging the island’s environment and keeping its people in “inhumane poverty”.

Francis urged President Andry Rajoelina to provide Madagascar’s people with jobs and alternative sources of income so they are not forced to cut down trees to find fertile soil and engage in contraband and illegal exportation of the island’s diverse flora, fauna and mineral resources.